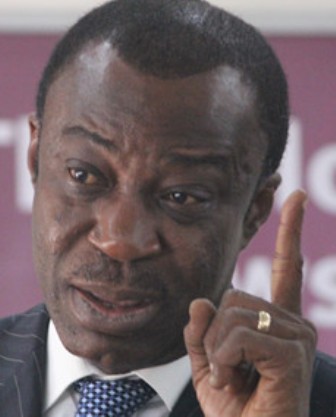 Member of Parliament for old Tafo, Dr. Anthony Osei Akoto has said members of pro New Patriotic Party (NPP) vigilante group, Delta Force who invaded a meeting ground where they were about discussing various issues affecting the constituency were too wild to be tolerated.

According to him, he went to the constituency to meet the 600 plus polling station executives and area coordinators when the youth arrived and started banging chairs on tables and yelling at the top of their voices, saying he decided to leave the venue because the action of the youth was intolerable.

Scores of angry youth, mainly members of pro NPP vigilante group Delta Force thronged the meeting grounds in Kumasi yesterday and almost lynched the Minister for what they say is his inability to fulfill his promise of securing them jobs.

But Dr. Anthony Osei Akoto who also doubles as the Minister for Monitoring and Evaluation denied the allegations by the youth that he does not frequent the constituency, arguing that he is very regular in the area.

Again the MP said he never promised members of the vigilante group jobs as being alleged by leaders of the group.

‘’I am a politician and on no occasion have I ever promised anyone of employment. That is completely false. I rather discussed with the Metropolitan Chief Executive for the area and insisted that he gets some of them enrolled onto some of the programmes that has been rolled out by government like the afforestation programme’’ he said

The Minister said some unknown hands are trying to tarnish his image and reputation by peddling falsehoods that he working against the government of President Nana Addo Dankwa Akufo-Addo.