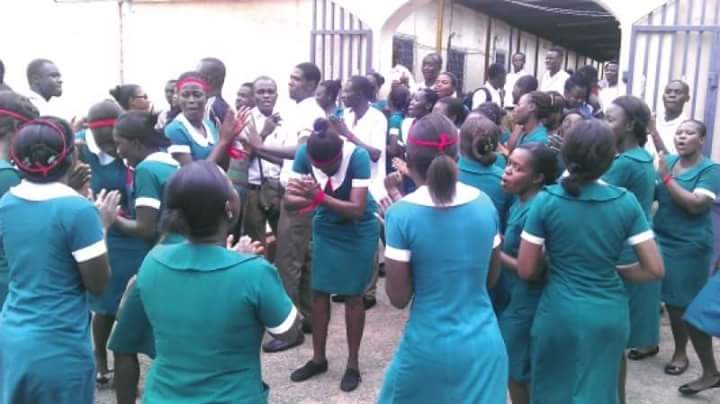 The Coalition of Allied Health Professionals is urging government to post them to fill vacancies created in the health sector through the retirement of workers in 2016 and 2017.

The group alleges that the health sector workers who retired in 2016 and 2017 have not been replaced and questioned the refusal by government to fill those vacancies when they have been on the job waiting list for three years and counting.

President of the coalition Bright Bell said having completed school over the last 3 years, clearance is yet to be given by government for them to be posted, a situation he explained is taking a toll on them in every sphere of life.

‘’As we speak now, health sector workers who retired in 2016/2017 have not been replaced yet. So if they tell us there are no vacancies, we know it is a blatant lie. You can imagine completing school and still living in your parent’s home. My brother isn’t this pathetic? For 3 continuous years you have returned to live with them. That alone is a kind of psychological war’’ he said on an Accra based local radio station and monitored by BestNewsGH.com.

He is impressing upon government to endeavor to as a matter of urgency, issue clearance for them to be absorbed into the system to ameliorate the suffering they are enduring.