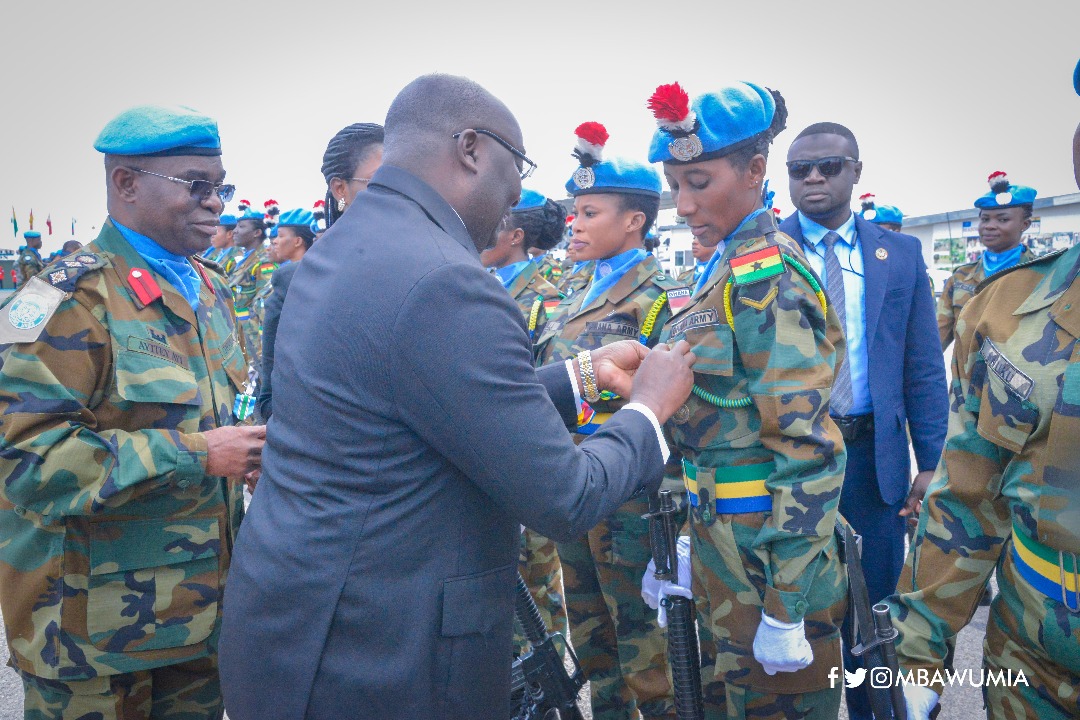 The Vice President of the Republic, Dr Mahamudu Bawumia, has commended the officers, men and women of the Ghanaian battalion currently attached to the United Nations Interim Force in Lebanon (UNIFIL), GHANBATT 85, for proudly flying the Ghana flag in the discharge of their duties.

Addressing a durbar of all ranks of the contingent at their operational headquarters at Al-Qawzah, Lebanon on Wednesday 21st November, 2018, Vice President Bawumia urged members of the contingent not to rest on their oars but continue to maintain the high standards of discipline which has earned them commendation from all stakeholders.

This is the first time in history that a President or Vice President has visited Ghanaian troops in Lebanon, although Ghana has supported UNIFIL with troops since the inception of the mission 40 years ago.

The 850 Officers and men of the GHANBATT 85, under the direct command of Lt Col Fiifi Deegbe, have been deployed with UNIFIL for the past 5 months, and have been engaged in promoting peace and security in the troubled Middle Eastern country, especially on its southern border with Israel. 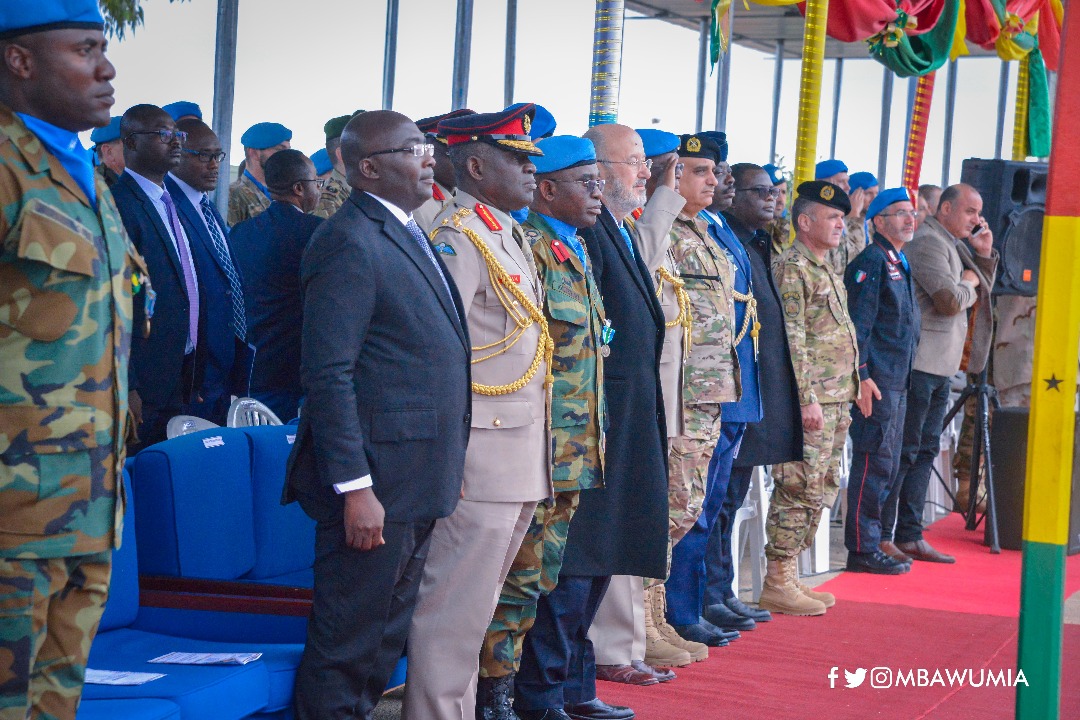 “I congratulate the Commanding Officer, Officers, Men and Women of UNIFIL GHANBATT 85 for the impressive performance over the period. Your performance is a true reflection of the high standard of professionalism, diligence and discipline of all Ghanaian soldiers,” Vice President Bawumia stated.

“From the briefings we have been given, I am pleased to note that your effective and continuous domination of GHANBATT 85 Area of Responsibility as well as timely reaction to incidents have been highly commended by key stakeholders, notable among them, the Sector West Commander and indeed the UNIFIL Force Commander.

“Well done for the zeal and seriousness you attached to your duties at keeping the flags of Ghana and United Nations high. Special commendation to the Contingent Commander, Colonel Robert Ayi who is also the Chief Military Personnel Officer (CMPO) at the UNIFIL Headquarters for the guidance to the battalion. I urge you to display the same professionalism and commitment.” 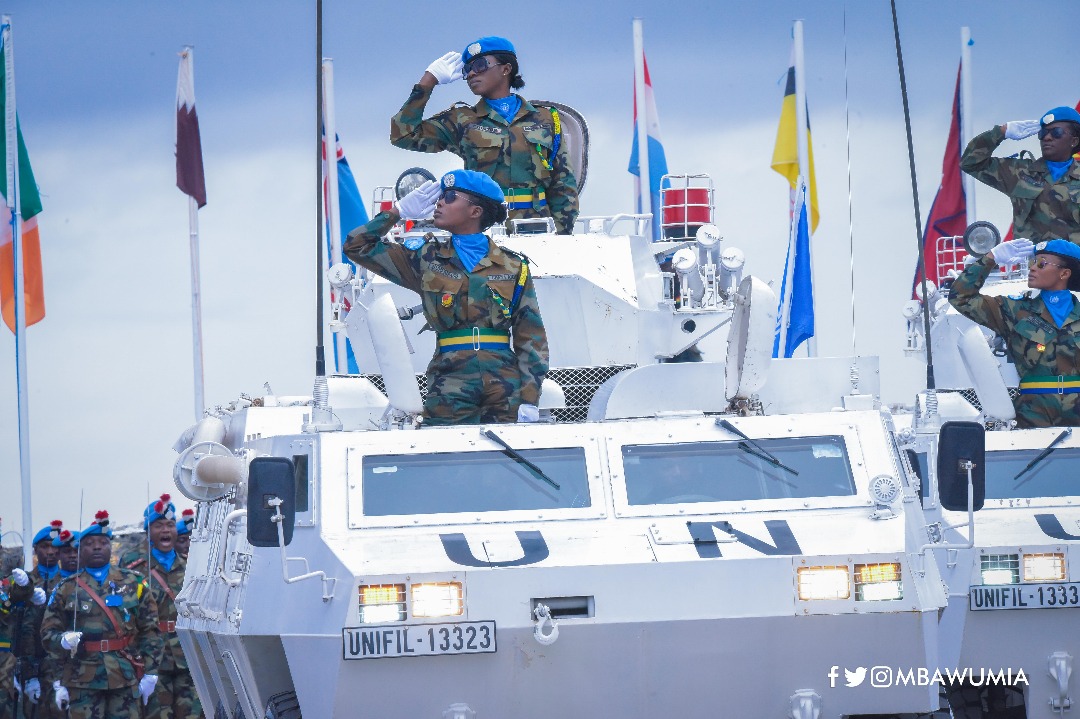 Vice President Bawumia assured that Government on its part, will continue to provide logistical and other support to troops, not just in Lebanon, but in other peace keeping theatres as well as the entire Ghana Armed Forces.

“I wish to emphasize that Ghana as a nation must give our Contingent the best support we can, in return for the sacrifices that they make on a daily basis in all international peacekeeping operations.  In this regard, the Government of His Excellency Nana Addo Dankwa Akufo-Addo will ensure that you have the resources to match your commitments,” Vice President Bawumia pledged.

In a related development, the Sector West Commander of UNIFIL, Major General Stefano Del Col, assisted by Vice President Bawumia, on Thursday 22nd November, 2018 pinned medals on the troops of GHANBATT 85 at a colourful ceremony at the battalion headquarters at Al-Qawzah, Lebanon on the occasion of the UNIFIL Medal Day.