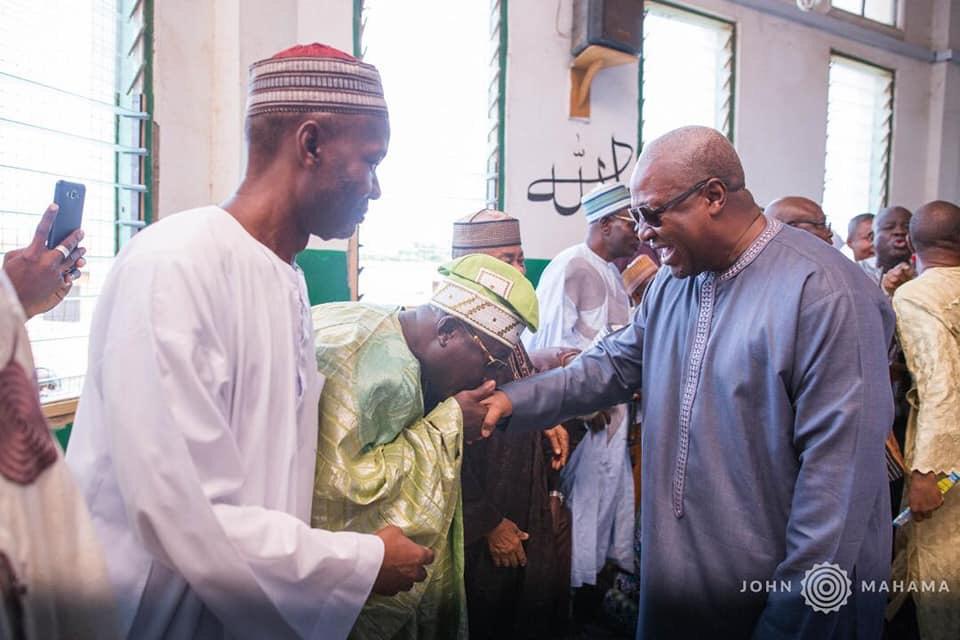 Presidential candidate of the opposition National Democratic Congress (NDC) and the party will today Saturday, March 2 2019 embark on a thank you walk in Accra, following the successful presidential primaries of the party.

The former president invited the party supporters and the general public to this morning’s Thank You walk which will start from the Kawukudi Park through Pig Farm, Accra New Town, Nima, Maamobi to the Elwak Sports Stadium.

On Sunday, the party will hold a Christian Thanksgiving Service at the Perez Chapel, Dzorwulu at 8am.

Mr. Mahama yesterday joined the leadership and supporters of the party at the Madina Central Mosque in Accra for a Muslim thanksgiving service for a successful election last Saturday, across the country.

Mr. Mahama who polled 95.23% of the total votes cast in the election, thanked the Muslim chiefs for their prayers and support. He also thanked the party’s supporters and well-wishers for the hard work and commitment over the last two years, urging them to remain together and build a united front ahead of the 2020 electioneering campaign.