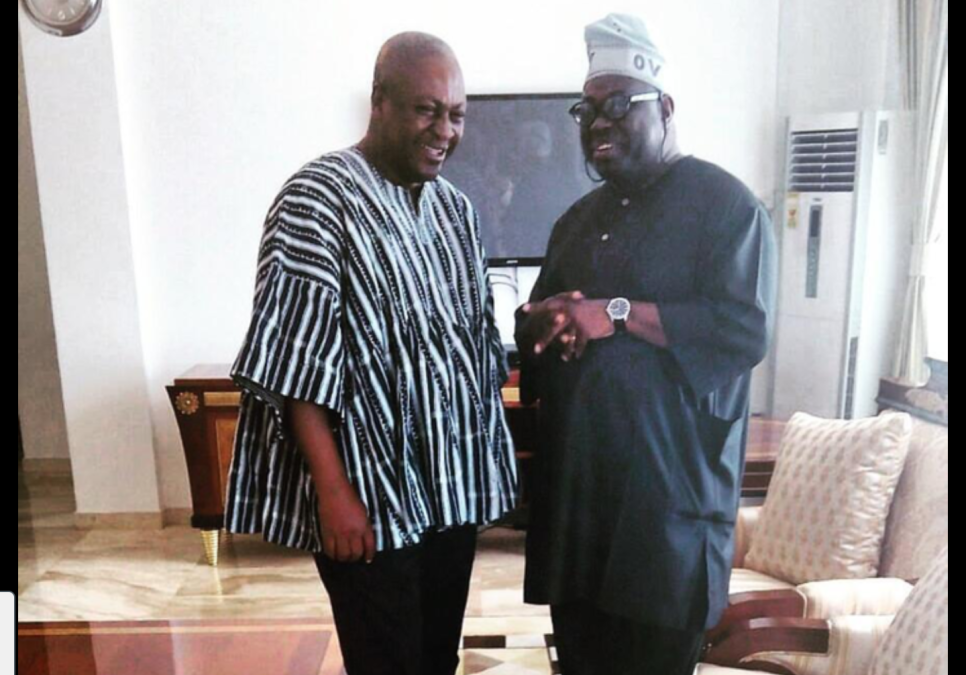 Former president John Dramani Mahama and Ovation Chief Executive Officer, Chief Dele Momodu have been fingered as the brains behind the continuous praises and applause being heaped on the country for the construction of the newly opened Kotoka International Airport (KIA) Terminal 3 project by Nigerian celebrities.

Some members of the ruling New Patriotic Party (NPP) believe it is a deliberate orchestration by Mr. Mahama to take glory and credit for the project which has been touted as a world class terminal by industry watchers.

A video of Nigerian gospel singer Eben of Victory fame went viral on social media with the musician praising the Ghana government for such a beautiful project whole castigating the Nigerian government for it messy Murtala Mohammed International Airport.

The actor took to instagram and wrote ‘’Hello friends, good morning. This is NOT Europe, it is Kotoka international Airport, Accra, World class in Africa. Kudos to Ghana’’

In another post also on instagram, the ace actor is seen in a picture with three other friends with the caption ‘’One love, from Kotoka International Airport, Accra, Ghana’’.

But the NPP youth who want to remain anonymous said the move is a deliberate one that is akin to what happened in the lead up to the 2016 elections in which Nigerian actors Nkem Owoh, popularly known as Ukwa and John Okafor also popularly known as Mr. Ibu were flown to Ghana and used in adverts by the then ruling NDC, on the Kwame Nkrumah Circle interchange project.

‘’We have very credible information that this whole thing was suggested by the ovation man who is a known John Mahama fanatic. The monies he spent in 2016 is not enough so he is coming for more, particularly now that opana is contesting his party’s primaries again. Infact we are aware that a lot more Nigerian actors and musicians will come for this same reason, to sing Ghana’s praise on the T3 project just to promote opana’’ one them told this website.

They wonder why former president Mahama is trying to take all the glory when it was the current NPP government that saw to its completion, arguing that ‘’ the money is for the country and nt for John Mahama. But the way they are behaving, it is like John Mahama took money from his pocket to construct the project’’