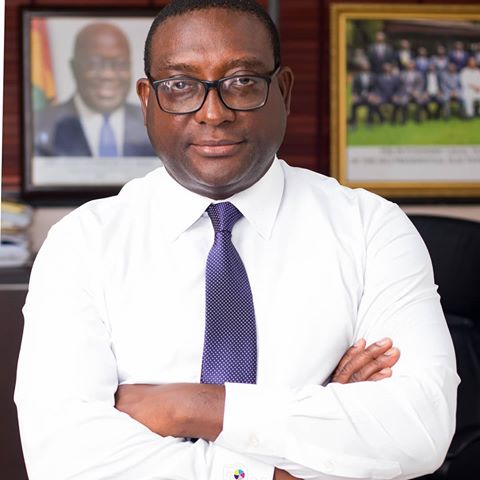 It seems the appointment of the New Patriotic Party (NPP) Member of Parliament for the Adentan Constituency, Yaw Buabeng Asamoah as the party’s Director of Communications is beginning to work wonders in the party’s communications machinery.

This is because the loudmouth Member of Parliament for Assi Central Constituency, Kennedy Ohene Agyapong seems to have completely departed from his frequent attacks on his own party and seems to be praise-singing and touting the achievements of the Nana Addo Dankwa Akufo-Addo led government.

The vociferous MP is noted for often chastising his own party, the NPP for poorly managing the economy and recently had a faceoff with spokesperson to the vice president, Dr. Gideon Boako who said the NPP had managed the local currency, the cedi, far better than the opposition NDC.

Mr. Agyapong said at the time that being a businessman himself, he felt the impact of the fall of the local currency and chided Dr. Boako for making such comparisons, adding that the party and government had failed woefully in terms of arresting inflation.

But the Assin Central Constituency legislator on Tuesday September 25 2018, while speaking on Accra based Adom television and monitored by BestNewsGH.com was a complete deviation from his usual self, praising President Akufo-Addo and the NPP for how well they have managed the economy including the banking crisis.

He turned his gun on the opposition National Democratic Congress (NDC) accusing it of messing up the country’s economy and being the reason behind the current economic hardship that has engulfed the country.

According to the maverick politician, the NPP government is the best thing to have happened to the country, adding that the current challenges that have plagued the country are only a storm in a tea cup and will be addressed soon.

Mr. Agyapong is very hopeful and confident that the path that has been chosen by the Economic Management Team and government in terms of measures to take the country out of the current quagmire in which she finds herself is the best way to go.