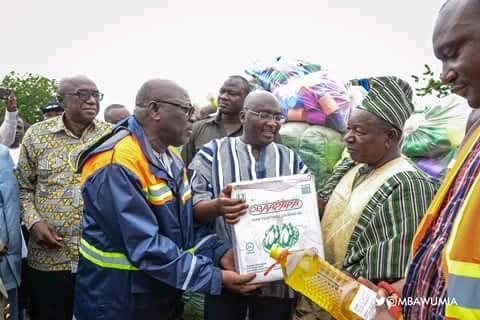 The National Disaster Management Organisation, (NADMO) has taken full responsibility for the distribution of some expired cooking oil to flood victims in the Upper West Region.

The Organisation in a press release date 25th September 2018 exonerated the vice president, Dr. Mahamudu Bawumia from any wrongdoing, explaining that the items that were distributed in the three northern regions were not purchased by the vice president, but supplied by the NADMO warehouse.

The press release, signed by George Kwadwo Ayisi further explained that their attention was drawn to the expired oil after the donation exercise and that it was six boxes that were distributed in only two places in the Upper West Region by the Organistion’s regional stores manager.

Find below, the press release as issued by NADMO. 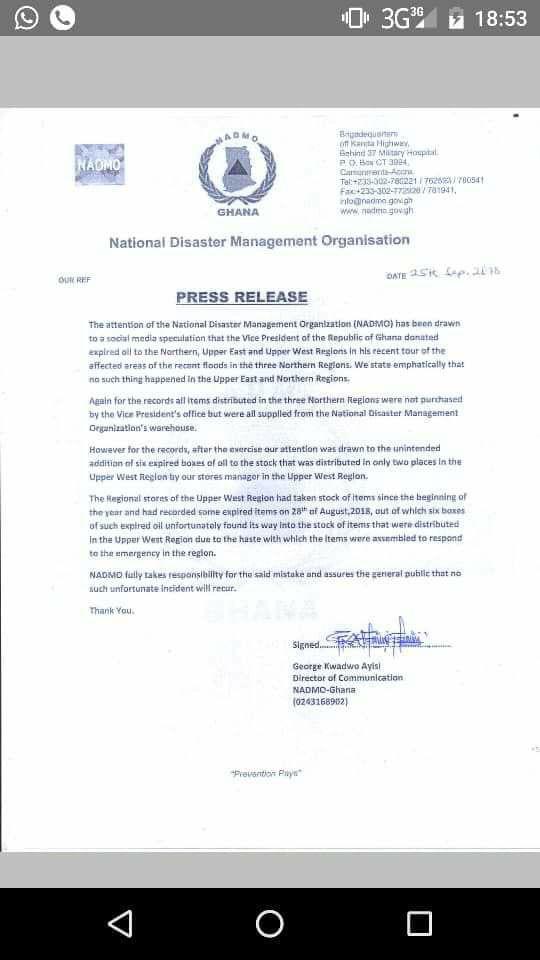