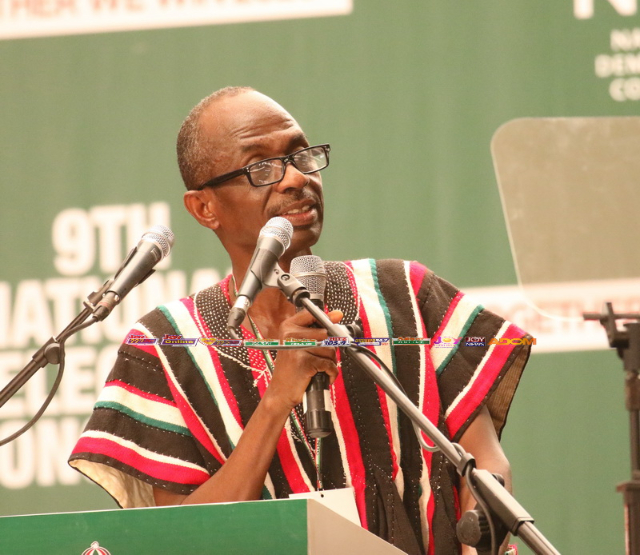 The General Secretary of the opposition National Democratic Congress (NDC) Johnson Asiedu Nketia has described the institution of the commission of inquiry into the Ayawaso West Wuogon violence as a hoax, saying there is no such commission in place.

According to him, government did not follow due process in the appointment of the commission of inquiry as stipulated in the constitution of the Republic.

The Vice president, acting on the consent of the president yesterday instituted a commission of inquiry to look into the disturbances that took place at the La Bawaleshie Park in the Ayawaso West Wuogon Constituency during the by-election on January 31, 2019.

But the NDC chief scribe explained on Accra based okay Fm that the constitution is explicit that the president must through a constitutional instrument, seek ratification from parliament within 21 days before the appointment of the persons into the commission, adding that the government failed to adhere to all such requirements in the formation of the commission.

He said the announcement of the institution of the commission of inquiry is a ploy by the government to cover up the happenings in the Ayawaso West Wuogon Constituency and to set the perpetrators of the violence free.

He said even though all the members of the commission are people of high integrity, the process of setting it up was defective.