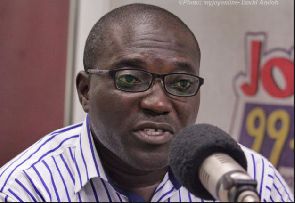 According to the deputy Minister, a series of activities have been lined up to ensure that the outdooring of the new regions and their regional capitals is done devoid of any shortcomings.

Mr. Mensah-Korsah, outlining the itinerary for the outdooring the new regions explained that government has set aside 3 days to outdoor the six regions and will do two regions every day.

The first two regions he opined will be the Savanna and North East regions which will be outdoored on Tuesday February 12, 2019 at the Jubilee House and to be followed by the Bono East and Ahafo, Regions on Wednesday February 13, 2019 and then the Oti and Western North regions on Friday, February 15, 2019.

He said there will be no activity on Thursday February 14, 2019.

The Minister said an invitation has been sent out to the various chiefs and traditional rulers who signed the petitions for the creation of the new regions in their areas and followed up to ensure that they got the ‘yes’ vote during the referendum to come to the Jubilee House for the event, to be performed by the president, Nana Addo Dankwa Akufo-Addo.

Explaining further, Mr. Mensah Korsah said each day’s programme will be in two folds, one in the morning until 12 noon, and then the second from 3pm to 5pm.

He said government has followed through with all the legal and parliamentary processes that will give legitimacy to the new regions.

He said the president will address the nation in a live broadcast on the creation of the new regions before prominent citizens in the country, adding that the chiefs and traditional rulers would also have their say on the days of the outdooring.