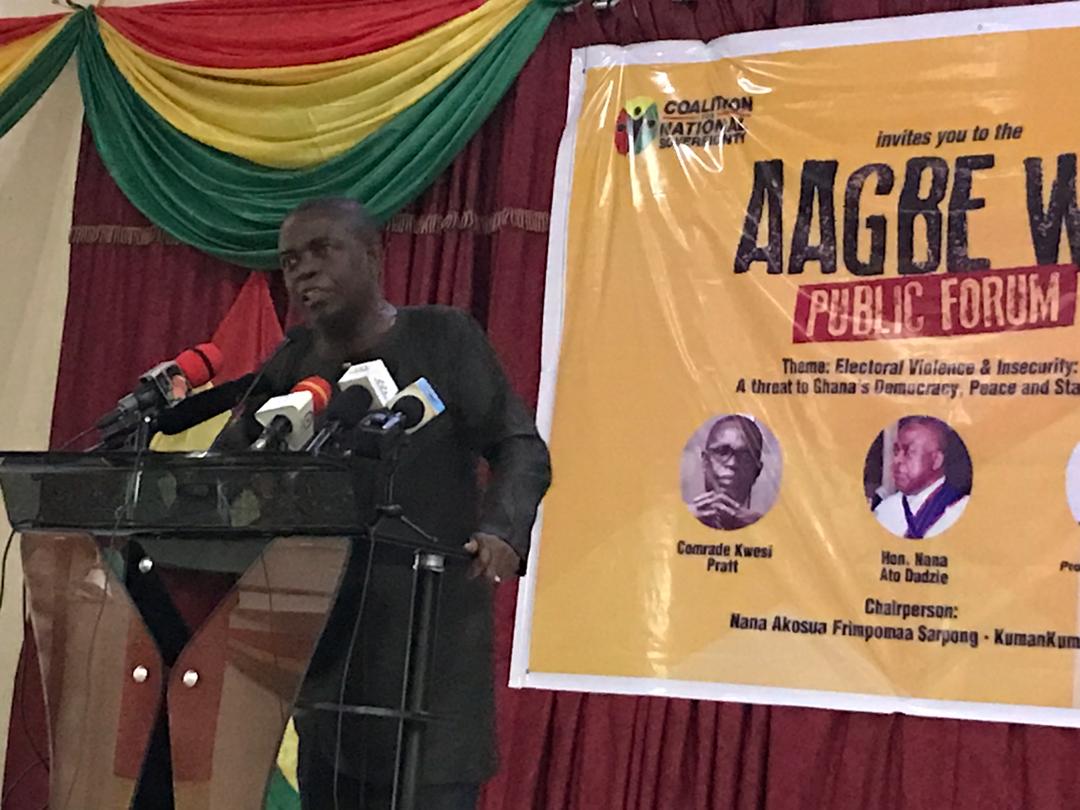 The Managing Editor of the Insight Newspaper, Kwesi Pratt Jnr. has raised the redflags about what he says is the laxity and laid back manner in which opposition political parties operate in the country.

According to him, the country in the next few years will become a one party de-facto state if the opposition parties do not mount sustained pressure on government vigorously and dramatically, pointing out and exposing it weaknesses.

Speaking at a public forum on electoral violence and insecurity in Ghana at the instance of the Coalition for National Sovereignty in Accra on Thursday February 14, 2019, Mr. Pratt opined that the opposition parties in the country are not doing enough to put government on its toes in spite of what he says are the numerous wrongs that are currently ongoing in the country.

He said the attitude of blowing hot air for a while and coiling back into their shells was not the best and must be eschewed in favour of sustained and continued pressure and that will ensure that there is no space for government to misbehave.

On the issue of political vigilantism, Mr. Pratt said there was everything wrong with the phenomenon and that all other minority political parties must join the biggest opposition party, the National Democratic Congress (NDC) in the fight against the canker.

The forum was on the theme electoral violence and insecurity, a threat to Ghana’s democracy, peace and stability.