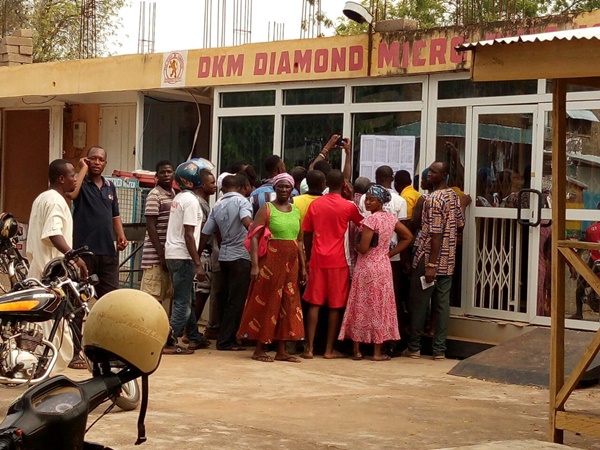 The opposition National Democratic Congress (NDC) has served notice that it intends to make political capital out of the DKM issue and will not allow the matter to die off.

President of pro-NDC group, NDC professional forum, Sam P. Yalley said the party is taking a cue from what the ruling New Patriotic Party did in 2016, by accusing the then president John Mahama and his wife of being the owners of the now defunct micro finance company.

According to him, they will leverage on the issue and play politics with it and will ensure that the NPP is paid back in its own coin.

‘’We want the NDC elections to be over and done with, and we in the NDC professionals forum will draw the agenda for election 2020. We are going to embark on a lot of research with the view to unearthing very vital information that can help propel the party to victory in 2020’’ he said.

Mr. Yalley also served notice to all former appointees of the NDC who have gone quiet and are not contributing to the party’s 2020 campaign, saying they will resist and scuttle any attempt by any of them to want to lobby for any appointment should the party win political power.