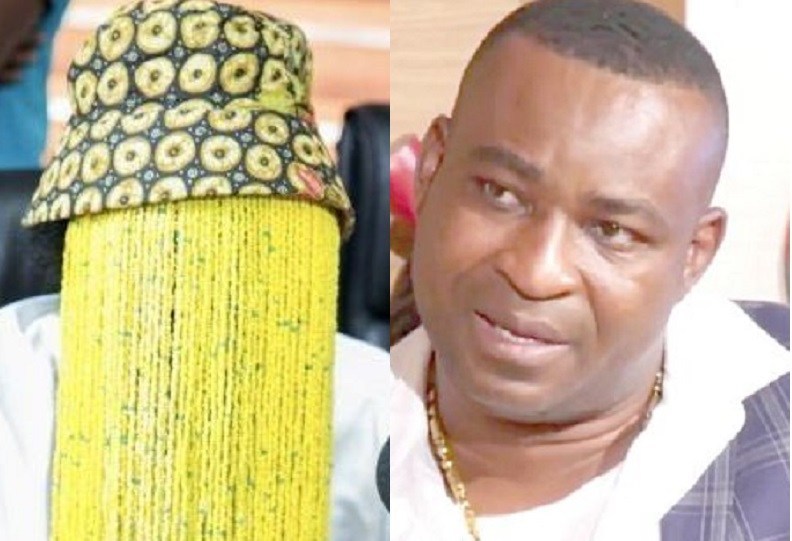 It would be recalled that Ahmed Hussein-Suale who played a key role in the investigative piece of Anas’ Number 12 that bothered on corruption in football was reportedly shot three times, twice in the chest and another in the neck at Madina a suburb of Accra in January this year.

Though the police are still investigating the matter to unravel the perpetrators Wontumi who is unhappy the latest investigation by Anas dubbed “Galamsey Fraud” captured his aide, Andy Owusu wants him to go undercover and find the killers of his boy.

“You have done such things and your boy Ahmed died. The galamsey fraud documentary is meant to cover up the issue of Ahmed’s death. If you are a true journalist go undercover and find those who caused the death of your boy”, he challenged on Kumasi-based Pure Fm monitored by Mynewsgh.com.

Wontumi is also warning that the path Anas is charting by showing videos in which members of Tiger Eye PI are seen entrapping innocent Ghanaians in the name of undercover investigations and showing them on international television channels including the BBC and Aljazeera, is nothing short of a way to embarrass the country.

Mr. Andy Owusu who played a role as a link man between Anas and the Secretary of the Inter-Ministerial Committee on Illegal Mining (IMCIM) Charles Bissiw charged GH¢50,000 for his services, MyNewsGh.com has learnt.

“Mr Andy Owusu, a link man for Mr Bissiw charged us fifty thousand cedis (GH¢ 50,000.00) to get us through to him. We negotiated for forty thousand Cedis (GH¢40,000.00) and he accepted it. Out of this amount he accepted part payment of fifteen thousand cedis (15,000.00). Mr Andy Owusu was also the one who told us how much Mr Bissiw was ready to accept to fast track the process for us. Mr Andy Owusu also linked us to “school boy” a national security operative for our safety at the illegal mining site”, Anas Aremeyaw Anas claimed on his Facebook page.