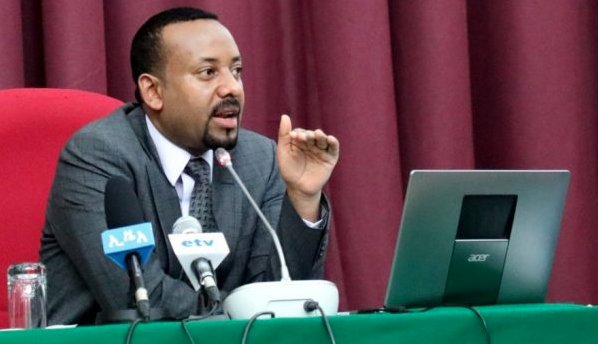 The pace of change in Ethiopia has been so fast since Abiy Ahmed became prime minister in April that it is almost like observing a different country.

The reforms he has introduced were unthinkable not so long ago.

The government seemed impervious to criticism from human rights groups that the state stifled free expression, sidelined and imprisoned opposition leaders and cracked down on protests.

It also appeared steadfast in its disagreement with a border commission ruling that was meant to end the two-decade conflict with neighbouring Eritrea.

But all that has changed.

On a salary of just $300, Abiy Ahmed’s Mission as Prime Minister in Ethiopia is not to amass wealth but to overhaul the economic model of his country. This is the type of leadership ideology Africa needs, don’t you agree?

“I work seven days a week for $300 a month,” says Abiy Ahmed Ali from Menelik Palace, the Prime Minister’s official headquarters in the centre of Addis Ababa.

“I am not getting rich, but I am not corrupted. I have a modest office,” he indicates down the red-carpeted hallway, making the point. “But I am interested in making the change.”

Abiy’s message was clear: the authoritarian political and closed economic model of his predecessors required a thorough overhaul.

“Most politicians,” he says, “know how to describe democracy, but they couldn’t deliver it. It is because it’s a borrowed concept, and they couldn’t apply it. It’s for the same reason that the TPLF struggled when talking about labour policy, or about communism. These are imported ideas.

In the same vein, he says, “the government talks about an agrarian society, yet only 12 million people work in this sector”.

Even though Abiy is critical of the impact of social media on Ethiopia’s youth and their values, “you can’t talk about democracy and block bloggers and jam the voices of our society”, he says, taking a dig at the previous government’s regular clampdowns on Facebook and other social media outlets.

“Why did we not automate the election process if we held democracy to be so valuable?”

He also asks why Ethiopia’s leaders never made it their job to visit the whole country, “to understand our culture, language, society, and demography. I am the first who has been to more than half of all cities in the country”.

For Abiy, democracy is thus not an abstract, imported concept, but rather “one that is important because inclusiveness and co-existence are critical in Ethiopia because of differences in terms of tribalism, and religion and the virtually feudal system of land ownership which prevailed in the past.

“We must not just give the concept of democracy expression, but practical purpose” whether this is to “increase yields in agriculture or reduce very high levels of unemployment.”

The constitution, he says, “cannot just give rights, but it has to work in practice”.

This goes to the nature of the election system of the prime minister too.

“Eighty people in the Council of the EPRDF made me PM, even though there are 100 million Ethiopians. We need to open up the leadership to direct elections, otherwise, the system of governance is incompatible with democracy.”

And there is, he says, “a need for the rule of law, otherwise, the term democracy is just blah-blah, just jargon”.

Yet some of “Africa’s old leaders”, who have been there many years, he says – singling out Uganda’s Yoweri Museveni and Sudan’s Omar el-Bashir – “would like to teach us about the concept of democracy [in places] where there are no elections, and no second opinions.”

This list is however not half the indication of how much the Presidents actually get as allowances and other perks are not included in the metrics.

“If you asked the youth on the streets, they wouldn’t know that the United States gives us $1.3 billion a year.” Rather than spreading this “around NGOs”, it could “go on big projects – for irrigation,” he suggests, “or building a university.”

“It is not the donor’s agenda,” he says, to be critical of the political system, but to pursue a development agenda. But the donors could, he admits, “teach governments in other ways, for example by improving the conditions in prisons, which would have sent a message”.

Until now, he argues, the government in Addis Ababa was “about [the] tribe, family, and party, exclusive and not inclusive, and interested in power to the neglect of others”.

To get this right, you have to lead by example.

“The maximum time I will stay in office is two terms. If you don’t do that, you cannot consider yourself a democrat. The EPRDF also needs to give up power to other groups, beyond the party. If you are a leader who thinks that you are the alpha and omega of everything, you are gone, irrelevant.

“Rather, if there are people with better ideas, younger people or people in business, from outside government, then we need to be open to them. That is why I have, for example, opened up my circle of economic advisers.”