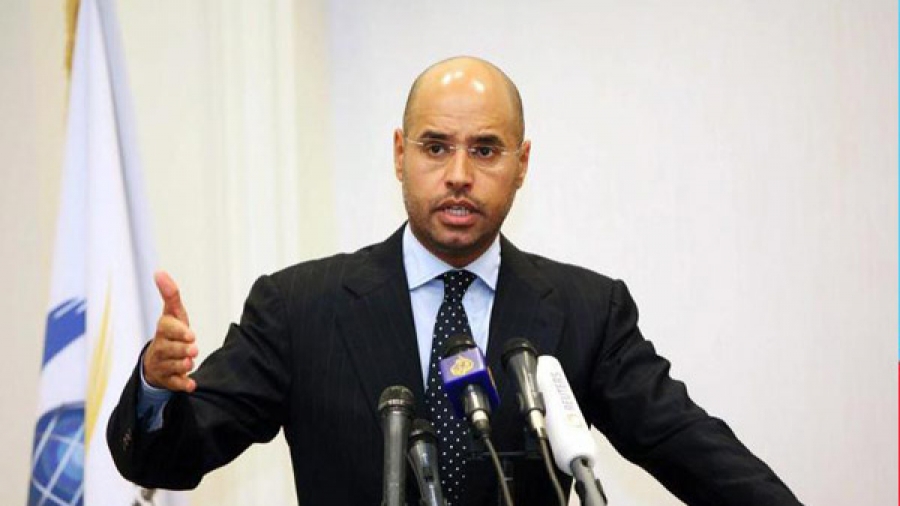 The son of the late Libyan leader Col Muammar Gaddafi is to run as a candidate in the country’s presidential elections this year, according to local media reports.

Saif al-Islam Gaddafi was once the heir apparent to his father’s regime but is now wanted by the International Criminal Court for crimes against humanity during his father’s brutal efforts to put down the 2011 rebellion against his rule.

His candidacy was announced by officials in the Libyan Popular Front party during a news conference in Tunis on Monday.

Khaled Guel told al-Araby al-Jadeed, a pan-Arab newspaper, that Libya needed to get past recent divisions.

“The humanitarian situation is deteriorating and the path forward is unclear. Therefore many Libyans now believe that the only way to save the country is through Saif al-Islam,” he said.

Saif al-Islam had been held by a militia in the town of Zintan for six years after his father was driven from power by rebels.

In 2015 he was also sentenced to death in absentia by a court in Tripoli.

However, he was released in June last year, apparently after being granted amnesty by one of the country’s two competing governments.

His whereabouts are unknown but officials with the Libyan Popular Front said he would soon address the nation about his plans.

Col Gadaffi’s second son, now 45, was long seen as a reformist force in his father’s administration, responsible for helping rebuild relations with the West after 2000. With a fluent grasp of English and an urbane air, the London School of Economics graduate was known for his charitable work and often served as the public face of the Libyan regime.

But when rebels rose up against his father’s rule in February 2011, the family closed ranks.

He was accused of incitement to violence and of murdering protesters.

Rebels never forgave him for a TV appearance in which he wagged his finger at the camera and called them “rats”.

He spent months on the run after the regime’s collapse but was captured trying to flee to Niger. He was later shown missing several fingers.

While reviled by many as a symbol of the old order, he retains some support and adds yet more uncertainty to the country’s political turmoil.

The United Nations hopes elections this year could promote stability but others fear a patchwork of militias and rival governments is a recipe for more bloodshed.