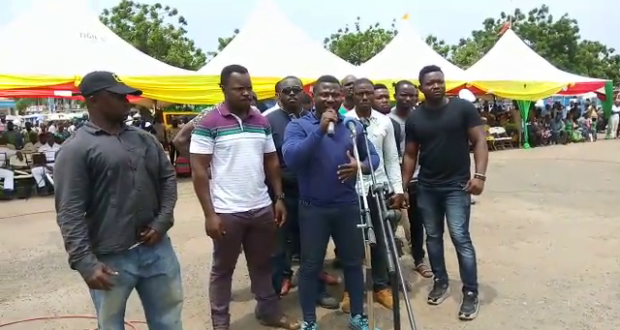 Leaders of pro-New Patriotic Party (NPP) vigilante group, invisible forces have advised politicians in the party, particularly those from the Ashanti Region to be candid with them by telling the truth with regards to what they can do for them and what they cannot do in terms of offering them employment.

This they say would help them manage their expectations, emanating from promises the politicians usually make to them.

Chairman of invisible forces in the Ashanti regional capital, Kumasi, Abdul Karim Mohammed said the membership of the group relies on the promises of employment by the politicians and get agitated when such promises are not being fulfilled, explaining on an Accra based radio station and monitored by BestNewsGH.com that it is the politicians who court trouble for themselves by the vain promises they make to the youth.

He said the leadership of the group have on several occasions prevailed upon its membership to exercise restraint while they sort issues out with the politicians, adding that they are not oblivious of the fact that they can’t all be absorbed at ago due their huge numbers.

‘’As I speak with you right now, in Ashanti region alone we have about 2,785 men and that is for invisible alone, delta force exclusive. We have 47 constituencies in Ashanti and it is only in new Adubease that they don’t have men. So just calculate that we have 50 men in each of the remaining 46 constituencies and indeed in some of the constituencies, we can have as many as 300 men. So the numbers are huge and we understand that we cannot all be employed, but the politicians must be candid with us’’ he said.

According to him, beyond performing functions as security personnel for the party, they also campaign for it, emphasising the important role they play from campaign period though to election day when they police ballot boxes until the results are declared.