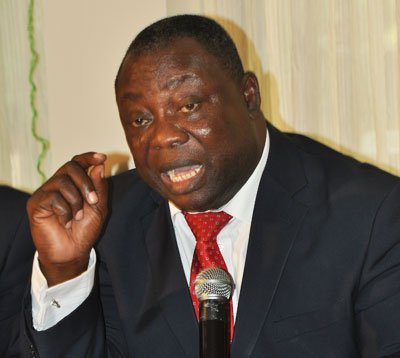 ‘’Let me warn our former ministers and MP’s who have all this information on all these deals that are being peddled against the NDC that if they don’t move from their holes and join the crusade in educating the masses and we win victory, they should come near appointment and they will see’’

That is the hard and brutal warning coming from opposition National Democratic Congress (NDC) strongman and Ghana’s former ambassador to India, Sam P. Yalley to former government appointees and Members of parliament of the NDC.

According to him, the seeming quietness of the former appointees who have a depth of information to help the party propagate its agenda in the lead up to the 2020 elections is every detrimental and inimical to the chances of the party recapturing political power.

Speaking on an Accra based radio station and monitored by BestNewsGH.com, Mr. Yalley who is the president of Pro-opposition NDC group, NDC professionals forum said the former appointees owe it a duty to the party to give back by supporting the party’s communication efforts going into the 2020 elections.

‘’I want to repeat my warning to those who won parliamentary seats because they contributed to the communications effort of the NDC and who have now gone quite, that we are waiting for them. It is a song I like most, Bob Marley, he said he who fights and runs away lives to fight another day. The fight has just began and they must all come on board. We need them to contribute to our public discourses and they have a lot of information that can help in that regard’’ he said.