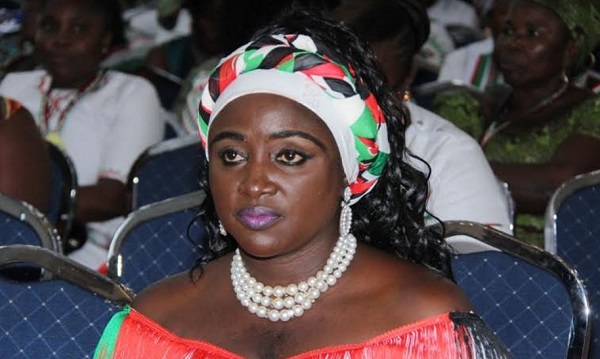 Dr. Bawumia, who was speaking at a rally in Kwahu in the Eastern Region last weekend, heavily criticised Mr Mahama for hinting his next government would review the Free SHS.

Accusing the former president of scrapping teacher trainee allowances among others, Dr Bawumia stated, “I am from the North and I benefited from the free SHS and I think it is good for the people from the North and the entire country. There will be no room for hypocrisy on this matter” adding ‘’but the NPP does not want to listen to the NDC who tell us free SHS is not good and saying other bad things with regards to the policies of the NPP’’.

His comments may have been triggered by Mr Mahama’s recent comment on the education policy that suggests that the country is spending so much on the Free SHS although it is fraught with many challenges.

The former President while addressing a lecture at the University of Cape Coast barely a fortnight ago revealed his next government would hold a major stakeholders’ meeting to forge consensus on how the Free senior high school (SHS) policy must be implemented.

He added, “what we are doing with this huge influx into the secondary school system…is going to affect the quality of the public schools.”

But reacting to Dr Bawumia’s claim which had stoked controversy on Tuesday, Dr Hanna Bissiw described the Vice President as someone who had issues with Twi comprehension.

“John Mahama has never mentioned anywhere that his government will abolish the free SHS policy. He only mentioned of working around it and make it better for Ghanaians. Dr Bawumia is going around attacking him because he [Bawumia] does not understand Twi [Akan language],” the former Deputy Agriculture Minister told Inside Politics host Mugabe Maase on Radio XYZ.

She further admonished the Vice President to listen attentively before he runs any commentary on whatever Mr Mahama talks about publicly, adding that it will help avoid any public ridicule.

Former Education Minister who is also the first female Vice-Chancellor of the University of Cape Coast, Professor Naana Jane Opoku Agyemang has similar concerns on the Free SHS policy and its implementation.

Currently, the programme is running on a shift system known as ‘double-track’ school calendar system. The new programme creates a calendar of two semesters in a year for the SHS 1 class containing 81 days per each semester and 41 days of vacation for a sandwich class.

Government has said the double track is to absorb more students who hitherto would not have had access to senior high school education for lack of adequate logistics.

But the former Minister, who believes the implementation of the Free SHS was rushed without taking into consideration the data to use to provide schools with what they need, said it was “creating panic” among parents, guardians and the students due to the lack of infrastructure and other logistics.

“What is education?… The students shouldn’t be frightened, their parents should not be worried, teachers should not come out to say ‘we don’t understand the policy’ and fear for their positions after talking about the challenges,” she said in an interview on radio XYZ on October 15, 2018.

When told many Ghanaians were happy with the fact that their wards were enrolled without paying fees, the former vice chancellor of the University of Cape Coast (UCC) said the condition of the students enrolled on the double track system was terrible, adding that the quality of education in such schools risk being compromised – a total deviation from what education stands for.

“If it is the best, why are private schools advertising that they are not doing it [double track] in their schools?,” Prof. Opoku Agyemang quizzed.

To her, it was for the impending challenges that the erstwhile John Mahama administration rather started the “progressively free education” which, she said, took care of the major fees parents were billed with.

Prof. Opoku Agyemang said before government commenced the progressively free education, it had already conducted research into the needs of the various schools and the students who needed government support unlike rolling students en mass onto the programme.

The former minister is not the first to point out to the government that all is not well with the Free SHS policy.

In July 2018, the Upper Presbytery of the Presbyterian Church of Ghana called on the government to consider an evaluation of the Free Senior High School (SHS) programme to address its challenges.

As a partner in development, the church, in a communique, added that accommodation, furniture, inadequate classrooms and delay in the release of funds for feeding had to be fixed.

The communique which was read at a news conference by Reverend Emmanuel Atami, Chairman of the Upper Presbytery at the end of its eighth Presbytery Session held in Garu, in the Garu District of the Upper East Region, commended the government for the pro-poor policy, but hastened that its numerous challenges needed to be attended to.

Managing News Editor of the New Crusading Guide, Abdul-Malik Kwaku Baako, is one of the journalists who have pointed out to the government that there are serious challenges confronting the Free SHS policy.