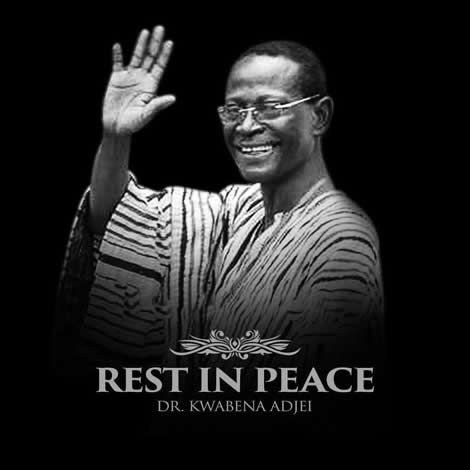 1981/1986: Lecturer in Social Psychology of Communication, University of

Lecturer in Research Methods in Political Science for MA Degree

COURSES TAUGHT WHILE IN ACADEMIA

1992: Key Member since the founding of the National Democratic Congress (NDC) in 1992.

1993/1996: Member of Parliament (MP) for the Biakoye Constituency, Parliament of the 4th Republic Of Ghana

1994: Majority Chief Whip: Parliament of the 4th Republic of

1998/2000: Minister for Parliamentary Affairs, Forth Republic of Ghana

Chairman of Business Committee, Parliament of the 4th Republic of Ghana

Member of Select Committee, Parliament of the 4th Republic of Ghana

2001/2004: Member of Parliament (MP) for the Biakoye Constituency, Parliament of The Fourth Republic of Ghana.

Member of Health Committee, Parliament of the 4th Republic of Ghana

2005 Till Date: National Chairman of the National Democratic Congress (NDC)

Hon. Dr. Kwabena Adjei had been actively involved in international co-operation activities related to his work as a Parliamentarian and as a Minister of State under the Provisional National Defence Council (PNDC) and the National Democratic Congress (NDC) Governments in the Republic of Ghana from 1987 to 2014. Currently his role as the National Chairman of NDC has become that of linking up with political parties in other parts of the world. The intention is to consolidate democracy.

Hon. Dr. Kwabena Adjei’s membership of, and participation in international conferences and other political and development forums had included the following main official visits between 1987 and 2010.

1998-2000 Head of Ghana Delegations to Commonwealth

2009: Member of the President’s Delegation to the UK.

Dr Kwabena Adjei can be credited with several unique achievements as an executive appointee and a NDC party man from 1987 to date: