Incontrovertible evidence in the possession of BestNewsGH.com implicates former president John Mahama in a wave-buying scandal in the North East Region.

The opposition National Democratic Congress  (NDC) flagbearer who was in the Region in what he says is a thank you tour through the student wing of the NDC, the Tertiary Education Institutions Network (TEIN) actually paid students to line up the streets of the Region and wave at him.

A Whats-app message from the students platform which has been leaked to this website by some aggrieved students who felt insulted by the wave-buying gimmick of the former president, saw a leader of TEIN requesting students whose names were written and had lined up to wave and praise-sing Mr. Mahama to see him for their gifts.

On condition of anonymity, the angry students told this website they were given placards with inscriptions that praised the former president.

“We were told because this is the backyard of the Vice President, we must shake the place and make him look bad. The main aim was to make him unpopular and we were really briefed on what exactly to do” one of the students confessed to this website.

See the WhatsApp message sent to the students below: 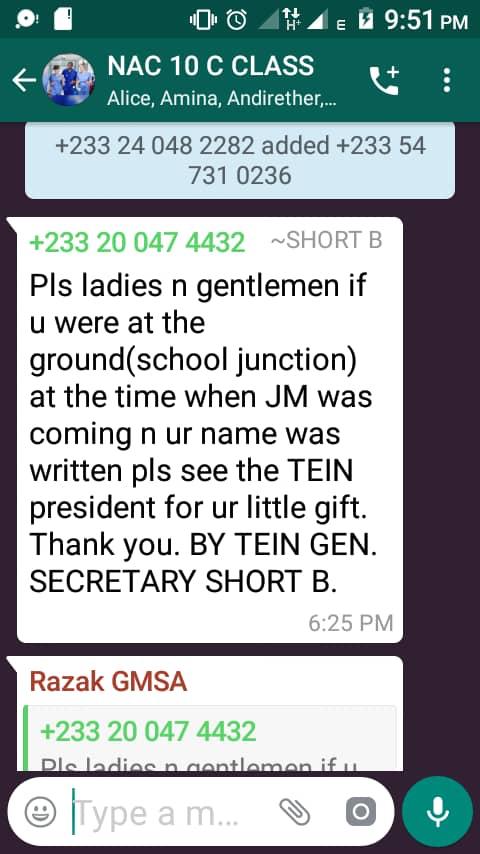