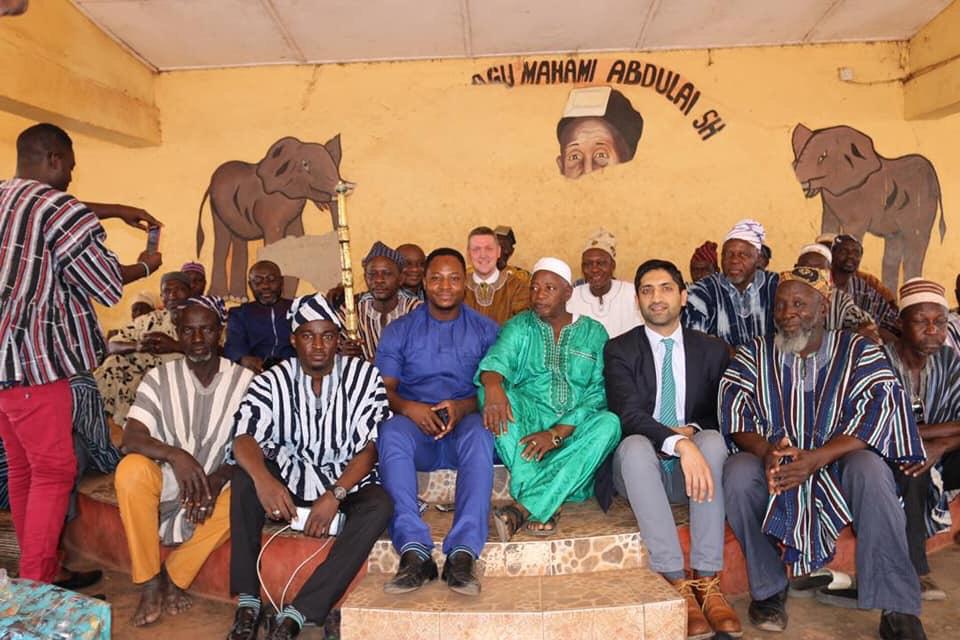 The British High Commissioner to Ghana, Iain Walker and the Regional Minister-Designate for the North East Region, Solomon Boar yesterday, Tuesday, March 5 2019, paid a courtesy call on the overlord of the Mamprugu Traditional Area, Naa Bohagu Mahami Abdulai Sheriga at his palace in Nalerigu.

The team was led by the North East Regional Minister Designate who is also the Member of Parliament for the Bunkpurugu Constituency.

The visit was to afford the British High Commissioner the opportunity to pay homage to the overlord of the Mamprugu Traditional Area.

The two sides discussed issues of mutual benefit and how to work for the advancement and development of the Mamprugu area.

The team was accompanied by the Deputy-Minister designate for the North East Region Tahiru Tia Ahmed and the MCE for Nalerigu Gambaga Municipal Assembly as well as some of the constituency executives of the ruling New Patriotic Party (NPP).