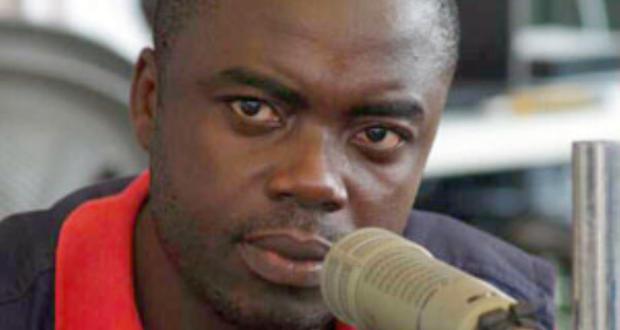 Controversial radio personality Kwabena Bobie Ansah seem to have found his voice after perhaps going into hibernation for a while may be due to the electoral defeat of the National Democratic Congress (NDC) in the last election.

He is back and has arrived with a big ‘slap’ on the face of former president John Dramani Mahama, accusing him of bribing journalists with V8s in the lead up the 2016 elections.

His comments come on the back of recent accusations former president Mahama has made against Civil Society groups in the country, complaining that they have kept quite over what he believes are the many ills that are ongoing in the country.

But the former broadcast journalist with the Multimedia group believes the former president has lost it.

He argues in a write-up he authored on his facebook wall that the former president instead of spending time and resources to build and groom people to support him in his future political life, was fixated at bribing journalists with V8 land cruisers.

According him, the New Patriotic Party (NPP) on the other hand spent time and resources establishing think-tanks and befriending the clergy, civil society and the media.

Attached is the full write-up as copied from his wall unedited.

‘’I just took a listening to an audiotape purportedly coming from the former President JM; a friend, a big brother and a father figure to me. But Seriously I am sad beyond the word sad to hear JM complaining about civil societies; really JM? Anyway, I am now certain in my mind that ndc under JM has no clue the dimensions in Ghana politics.   What?

I think I have on several occasions asked JM to stop this kind of comments but to no avail; because the more he passes such statements, the more it kills his own confidence. I wish he must focus the way out than complaining because is much ado about nothing. Instead of ndc sticking to their own, they were busy looking for v8 cars to lure the media guys supporting the other side to crossover.  If this is the mindset of ndc come 2020, then I am sorry, really sorry. The thoughts of a passerby.