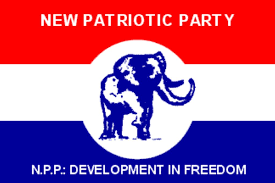 The ruling New Patriotic Party (NPP) seem to have woken up from a deep slumber and is bent on demystifying accusations and allegations from the camp of the opposition National Democratic Congress (NDC).

Perhaps because the opposition party has for some time now labelled the Nana Addo Dankwa Akufo- Addo led government as a government of family and friends, the NPP has decided to dig deep and come up with evidence to show that it was rather former president Mahama who was running a friends and family government.

Former president Mahama recently made the accusation himself, saying president kufo-Addo was running a government of friends and family.