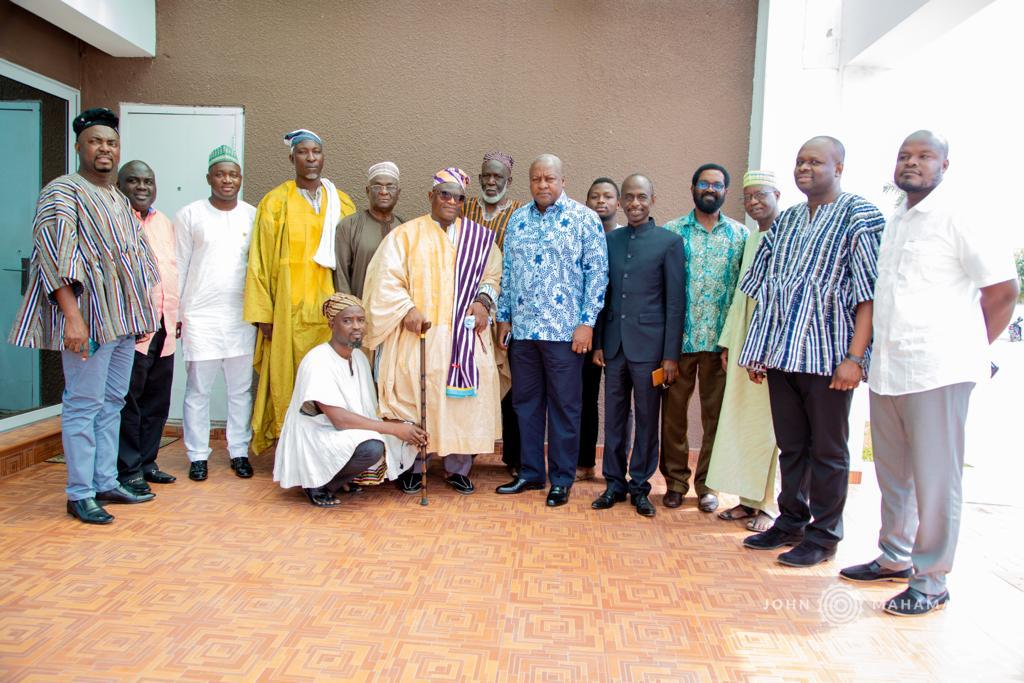 A delegation from the Andani Royal Family today, Friday January 11 2019 called on former President John Dramani Mahama to officially invite him to the Final funeral rites of the late Ya Na Yakubu Andani II.

Led by the Madina Dagbambi Naa, Dr. Yahuza Gomda- Spokesperson of the Andani Family, the meeting discussed the importance of peace in Dagbon and the positive impact it will have on the development of the Kingdom.

The Funeral of the late Ya Na Yakubu Andani is slated to take place from the 4th through to the 18th of January 2019, following the completion of the final funeral rites for the late Ya Na Mahamudu Abdulai which ended on the 28th of December 2018.

The final funeral rites for Ya Na Yankubu Andani would be held on the 17th of January 2019 at the Gbewaa Palace in Yendi.