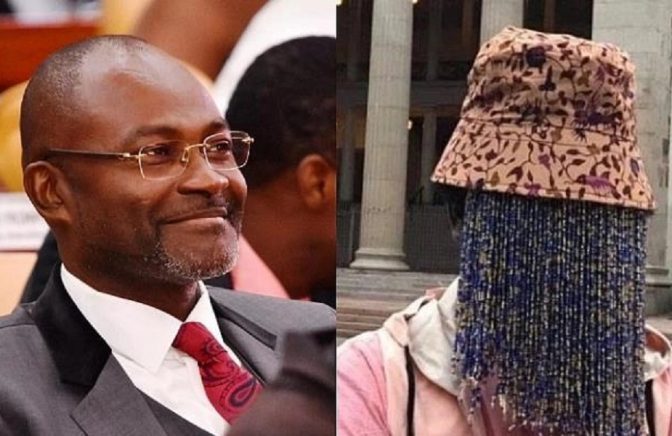 Politician and Businessman, Kennedy Ohene Agyapong has revealed that investigative journalist and boss of Tiger Eye PI, Anas Aremeyaw Anas has lost several strings of land cases because he (Mr. Agyapong) has exposed him.

According to him, Mr. Anas was feared and dreaded by many people, particularly people who had land disputes with him, explaining that the journalist used land guards to threaten, terrorize and forcefully take people’s lands from them.

‘’Why is it that now Anas is losing a lot of land cases? It is because I exposed him. Previously he had threatened all the judges and so when there is a land dispute, they ruled in his favour because they feared him. When they ruled against him in the past, he will set them up and label them corrupt’’ he said on his privately owned Madina based Net 2 Television.

Mr. Agyapong also took a swipe at the Ghana Police Service for giving Anas a police escort saying ‘’Ghana Police I don’t know what is wrong with them and the security agencies. Why should they allow a police officer to guard Anas?’’.

According to him, the Tiger Eye PI boss has perpetrated a lot of ills against many people, mostly bulldozing his way into getting whatever he wants with threats as his main weapon.

He said he has a lot of information that will prove that Mr. Anas is not what he has made Ghanaians and the world to believe he is all this while.