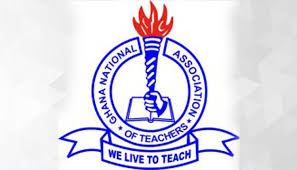 Some aggrieved members of the Ghana National Association of Teachers (GNAT) have threatened a massive demonstration against their national executives over what they say is alleged financial malfeasance.

The group who spoke to BestNewsGH.com on condition of anonymity said they are preparing the grounds for a massive onslaught that will shake the foundations of the biggest teacher association in the country, adding that they will in the ensuing days hold a press conference and give a detailed expose on what they call pervasive corruption in the Association.

They accuse the national leadership of the Association of plundering their hard earned monies with impunity.

‘’This current crop of national executives have taken us for granted for a long time now and the time to tell them that we are not fools has come. My brother, most of us are not happy with the way they are running the affairs of the Association, especially the way and manner they go about dissipating our funds. We don’t see any results they are bringing, in terms of improving the conditions of members. All they are interested in, is to spend, that’s all. We will hit town soon and they will hear from us’’ one of them told this website.

Recently some of the aggrieved GNAT members exposed how the Association spent a whopping 15 million Ghana Cedis on the salaries of just 200 staff across the country for 2018 alone.

The figures, they argue have been captured in the Associations’ 2018/2019 budget.

They have therefore vowed to fight the national leadership and to ensure that they account for the over 64 million Ghana Cedis that has accrued in membership dues for the year.