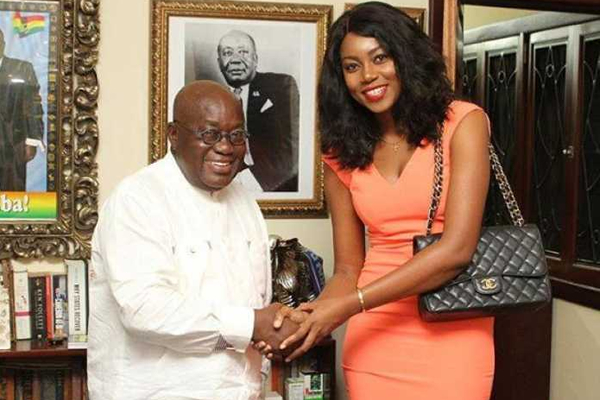 According to Davuchi as Mr. Sarpong is popularly known, the actress failed to submit a proposal to the president, after he (President Akufo-Addo) asked her to bring him a proposal on what she thinks can be done to improve conditions in the country.

Yvonne Nelson has recently berated the ruling government, accusing it of neglecting her in spite of the fact that she lent the party her support during the 2016 elections.

Mr. Sarpong says the actress is not being frank and sincere with her pronouncements about the treatment she is receiving from the government, noting that government has not wronged her in any way.

‘’I know for the fact that the President told her to submit a proposal of what she wants to be done. She hasn’t submitted that proposal till date but following the visionless NDC stooge John Dumelo.

Such characters abound and are always in a hurry to discredit this NPP government…Please take your time and probe further and you will come to the shocking realization that SOMETIMES they are the cause of their own woes’’ he said.