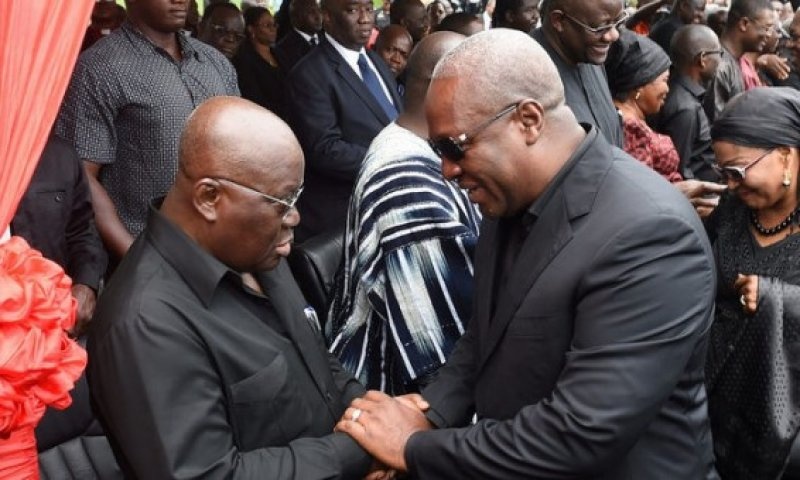 President Nana Addo Dankwa Akufo-Addo has broken his rule of not responding to presidential candidates by reacting to former president John Dramani Mahama on the drones for medical supplies delivery initiative.

The former president and NDC presidential candidate hopeful has berated the current government for the drones for medical deliveries deal, telling the government to set and get its priorities right.

But the president who held a media encounter yesterday, Wednesday December 19, 2018 when confronted with Mr. Mahama’s comments on the matter, said he preferred the drones for medical supplies delivery to buying guinea fowls which will fly away.

He had said he was not going to respond to presidential candidate aspirants who are still seeking the mandate of their political party to lead them into the 2020 election, in apparent reference to former President John Mahama of the opposition NDC.

In the strongest terms yet, the president has indicated that the project will come off at all cost when he remarked that ‘’we are also in the process of launching the world’s largest and most advanced medical drone delivery network. The four distribution centres, from where the drones will be operating, will stock one hundred and forty eight lifesaving and essential medical supplies, and not only blood’’.

The president continued, ‘’the drone delivery service will save lives, decrease wastage in the system, guarantee health care access for more than 14 million people nationwide and employ more than 200 Ghanaians’’.

According to the president, the programme is not going to run on the public budget, but Corporate Social Responsibility contributions from private sector players who will pay for the service.