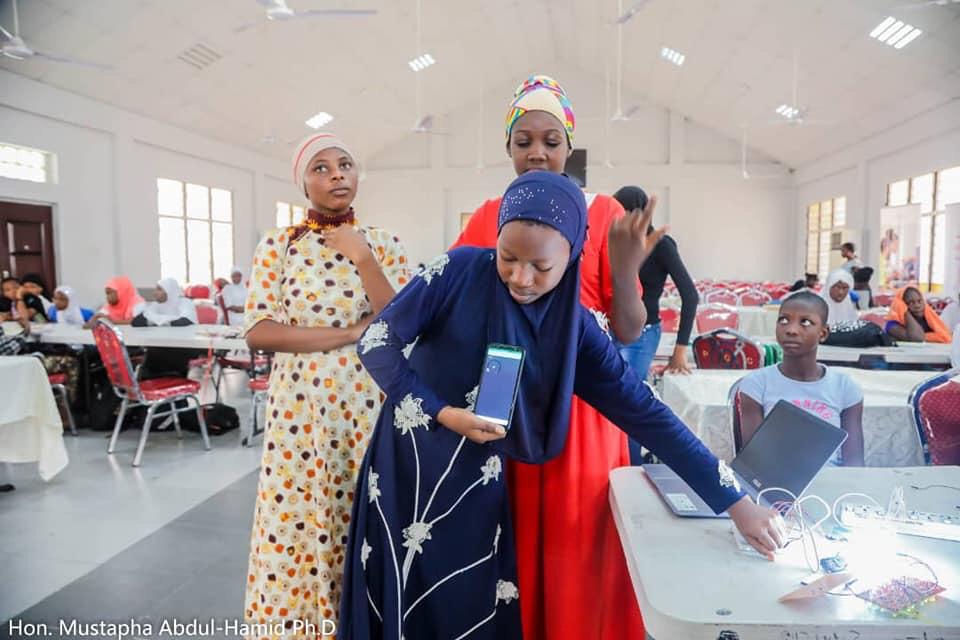 The Minister for Inner City and Zongo Development, Mustapha Abdul-Hamid (PhD) has told young female participants in the FemITI program to pursue their dreams without fear.

In a brief address to the 60 girls drawn from Nima, Maamobi and Newtown in the Greater Accra Region at a 2-day Boot Camp in the Central Region, the Minister disputed the interpretation of the Holy Bible and Holy Quran which sought to suggest that Eve deceived Adam to eat the forbidden fruit in the Garden of Eden.

According to the Religious scholar turned Minister, both Adam and Eve disobeyed God’s commandment. He told the young female group to reject religious teachings that portrayed women as temptresses, seducers and deceivers.

Dr. Abdul-Hamid told the girls that when they stay disciplined, focused, morally upright and Godly, they can become the software engineers and computer geniuses they aspire to be.

FemiTI which stands for “Females in Tech Initiative”, is a program implemented by Dream Oval Foundation in collaboration with the Ministry of Inner City and Zongo Development to train young girls in skills and knowledge in Coding, Soldering, Electronics, Embedded Systems, Internet Cloud Systems and Developing Software Application, as well as Product Design and Design Thinking.

Dr. Abdul-Hamid said the Ministry is fully supporting the initiative because it is a practical demonstration of President Nana Akufo-Addo’s vision of creating opportunities for all, irrespective of one’s background. The beneficiaries who are between the ages of 14 to 18 years will be assisted through their education to the tertiary level.

In a practical demonstration, a group of the tech-girls developed an automatic lighting system which switched light bulbs on when there was darkness and switched it back off when there was brightness in a room.