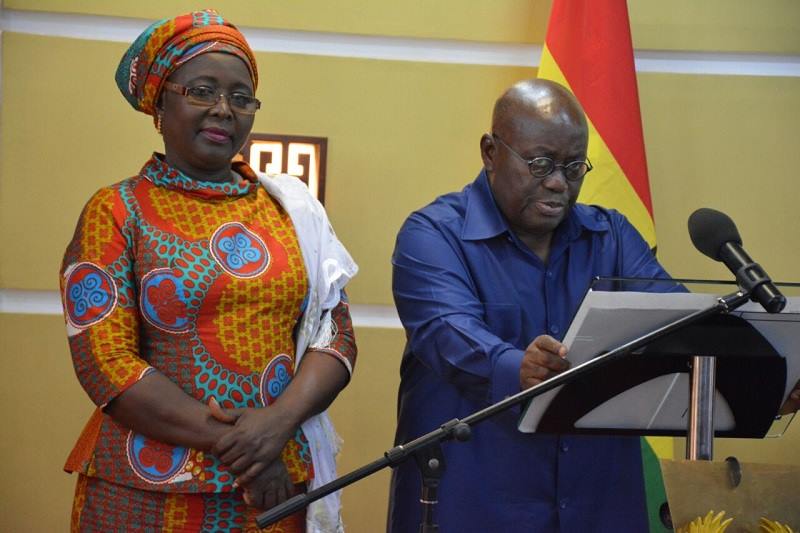 The Minister for Local Government, Hajia Alima Mahama has been accused of being the main architect that worked against the selection of Gambaga as the regional capital for the North East Region.

The Concerned Gambaga Youth, a pressure group that led the charge, campaigning for Gambaga to be made the regional capital say the Minister alongside one Taraana, a messenger of the Overlord of the Mamprugu Traditional Area, the Nayiri worked day and night to ensure that Gambaga, which is the most suitable town for the regional capital was denied that privilege.

The group which held a press conference yesterday, Wednesday February 20, 2019 in Gambaga to voice their displeasure at what they describe as injustice said even though the people of Gambaga has supported the Minister who is also the Member Parliament for the Gambaga/Nalerigu area in her political career, she has proven that she does not appreciate the support they have given to her all this while.

‘’Ever since the MP came into the political limelight she has had an overwhelming endorsement from the good people of Gambaga, who have never turned their backs on her as far as politics in the constituency is concerned. It is however very sad to note that she hides behind the curtains to stab Gambaga in the back’’ they averred.

The group cite several instances which points to a deliberate ploy by Hajia Alima Mahama to deny Gambaga the recognition it deserves as the most developed town within the Mamprugu enclave.

They catalogue the following as clear evidence and reasons why they believe the Minister has consistently worked against Gambaga.

‘’A. During the Public Hearings organized by the Commission of inquiry for the creation of new regions, Gambaga was the only District Capital that was replaced by a non-capital (Nalerigu) in the schedule of such activities. The people of Gambaga were completely neglected in the consultation processes for the creation of North East Region. It took the Youth of Gambaga to write a petition to the Commission in order to get a public hearing to be held in Gambaga. B. A Street lighting project was taken to Nalerigu to the neglect of Gambaga, the municipal capital. It took the people of Gambaga serious protests to get some few done in Gambaga. C. In the construction of town roads, the constructor was instructed to begin work at Nalerigu instead of the municipal capital. D. Heavy duty equipment provided by the local government ministry to aid construction of feeder roads within the municipality were moved to a zonal police office in Nalerigu with the claim that the MCE was not available to receive the equipment. If the relocation was for security reasons, then the best place would have been the divisional police office in Gambaga’’.

They added that a document that was sent out by the Nayiri to collect signatures of chiefs and sub chiefs within the Mamprugu area to make Nalerigu the capital of the North East region was not a true reflection of the actual state of affairs as many of those that signed, were coerced and in some cases forced to do so.

‘’It is our firm belief that the document was not a true reflection of the opinions of the chiefs and especially the overwhelming majority of the people of the North East Region and we insist that this is autocracy at its peak and an affront to our democracy. Our call on the MP and her henchmen within the Nayiri to remember that it was the chiefs and people of all the areas of the North East Region that petitioned for the region and not only Nalerigu and to not create the impression that the Mamprusis are going to sideline the other ethnic groups within the region fell on deaf ears’’.

They also fingered the Vice President, Dr. Mahamudu Bawumia for reneging on his responsibility as the most senior political actor from the area who should have used his power and influence to ensure that the right thing is done.