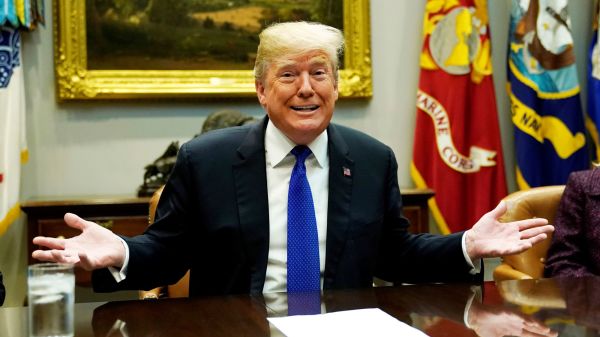 President of the United States of America, Donald Trump has hit hard at Africans once again, this time asking whether they are really qualified to be called humans.

He says “if you sit on Gold, diamond, oil, manganese, uranium and your people don’t have food, are you humans?”.

“I don’t need to harass you like the French Presidents say that France-Africa is over, yet they keep sending you the fake tourists who spy on you and come back and tell them how you should be recolonised.”

“If after 50 years of independence you have not built the necessary infrastructure for your people are you humans?

“If you sit on gold, diamond, oil, manganese, uranium… and your people don’t have food, are you humans?

“If to stay in power, you don’t hesitate to buy weapons from strangers to kill your own citizens, are you humans?

“If your only social project is to stay in power for life, are you humans?

“If you despise and shoot your own citizens like game, who will respect them?”