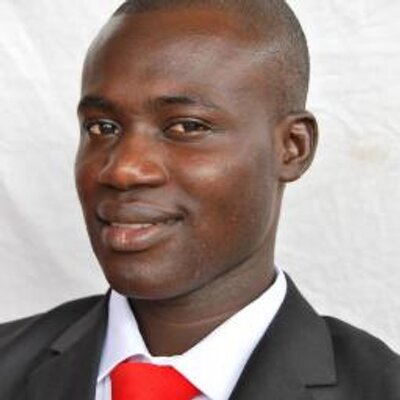 Respectfully, I have, as a political activist, been following keenly, and with considerable interest, your public exploits particularly media engagements since your election as the National Communications Officer of the largest opposition party in Ghana, the NDC. Even though, I wish, after this exercise, I could return a positive verdict on your performance so far, you haven’t, regrettably, given me reasons to do that. I was one of the persons who supported your bid upon conviction that you would do a much better job. But unfortunately, you haven’t given me any reason to award you with a pass mark. You have at best, been unimpressive.

And I’m sure after your interview with citi fm’s Selorm Adonoo on “Point Blank” on Wednesday, December 12, 2018, you can only agree with me. It was so difficult for you to sustain your claims that the Nana Addo-Bawumia government has woefully failed to honour their social contract with the Ghanaian electorates which you sought to make in your recent press conference to the extent that you had to accuse the host of doing the bidding of the NPP.

You wanted the host to only ask questions relating to the issues you raised in your statement and nothing more. How absurd! But nonetheless, he grants your wish. He then proceeds to confront you with concrete evidence challenging your claims particularly on projects under the Special Development Initiatives being undertaken by the government across the country which, he said, their regional reporters had confirmed. At this point, you became unenviably helpless and one could only sympathize with you.

Only when I thought your citi fm interview was extremely embarrassing, you appeared on Metro TV’s flagship programme, dubbed, Good Morning Ghana, the following day. I can’t even describe the spectacle. It was a monumental disaster and a not not not when you were subjected to FACTS CHECK by the venerable international award winning Abdul Malik Kweku Baako compelling you to make a number of concessions for your countless unpardonable gaffes. Even the host, Randy Abbey, couldn’t save you.

My brother, with this experience, I guess you’ve now seen your “smoothness level” and understand that you can’t speak so loosely and have your way when you appear on serious political shows. Of course, you would have your way if you were speaking on platforms provided by your party’s rented media houses. Obviously, this explains why you are so popular in the NDC, because, it is, perhaps, the only party that rewards “babies with sharp teeth” who can insult leaders of other political parties particularly presidential and vice presidential candidates. It is a party where ascension to political office depends on the sharpness of one’s teeth.

Finally, just before I let go of you, kindly vary your choice of words a little. The expression, “THIS IMPOTENT, NEPOTISTIC AND INEPT AKUFO-ADDO/BAWUMIA GOVERNMENT” which you always use, is becoming just too monotonous. Ghanaians are fed-up hearing you constantly repeat that expression. You virtually cannot construct a single sentence in a political conversation without making that expression. I am not sure that’s the only English you were thought in school. You are too predictable and that certainly, is not a mark of a good politician.

You also do not have to shout and denigrate elderly people to be able to make sense. You don’t have to verbally attack political opponents especially H.E. President Akufo-Addo and H.E. Vice President Mahamudu BAWUMIA before you can make sense. Take this brotherly advice from your friend and contemporary and you will go far. Don’t let the NDC as a body corporate regret sacrificing Fred Agbenyo for you. Enough of the cacophony! It is just too early for you to completely lose credibility in the political space. I will not be happy should that happen. I believe in young people and so, please, give me reasons to continue believing in young people like you and myself.

Yours in service of country,