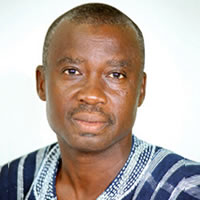 The opposition National Democratic Congress (NDC) in the Salaga South Constituency have taken the ruling New Patriotic Party (NPP) Member of Parliament for the constituency to the cleaners for alleging that they were those who burnt down the NPP constituency office during the disturbances that occurred yesterday Tuesday, February 12, 2019 over the selection of Damongo as the capital for the Savanna region.

The Member of Parliament, Salifu Braimah after the violence broke out accused NDC youth in the constituency of being responsible for the act.

But in a statement issued a while ago, the NDC denied involvement and said it was rather the NPP youth in the constituency who perpetrated the act to show their displeasure and anger at their own government for denying them the privilege of having Salaga as the capital of the Savanna region.

‘’It will interest you to know that at the time the NPP demonstrators got to their party office, their constituency executives were having a meeting, they stopped the meeting and went ahead to accomplish their mission. How then can the MP tell lies in broad day light like this? We therefore put it on record that Salaga South NDC were not part of the demonstrators as the MP suggested’’ the statement said.

They added that a branch youth organizer of the NDC was also arrested including the suspects that were apprehended by the police and are calling for his immediate release.

‘’However, some innocent persons were arrested last night in connection with yesterday’s demonstration and we have found out that one of our branch youth organizers is one of them. We have had a discussion with the police and have given them up to 12noon to release him and the others or face our wrath’’ they averred further.