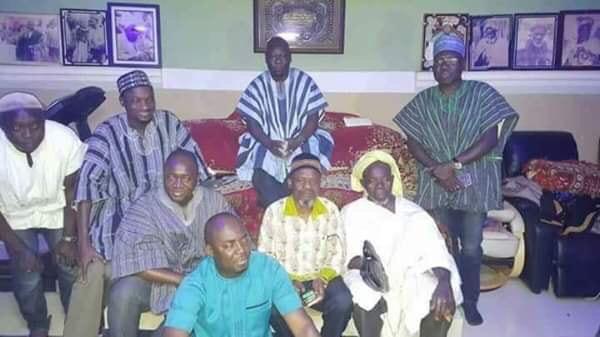 Minority Members of Parliament from Dagbon have come under attack from the Abudu Royal Family who has accused them of benefiting from the crisis in the Dagbon Kingdom following their failure to attend the funeral of the late Ya Naa Mahamadu Abdulai IV.

They have accused the Minority Leader, Haruna Iddrisu who doubles as the Tamale South Member of Parliament, Alhaji Inusah Fuseini of Tamale Central, Alhaji A.B.A Fuseini of Saganarigu, Alhaji Alhassan Suhuyini of Tamale North, Mohammed Abdul Aziz of Mion and the rest of conspicuously missing throughout the funeral service.

The funeral service was held from December 14 to 28, 2018 in line under the Dagbon chieftaincy impasse Mediation Committee’s timelines.

The Abudu Royal gate says they are outraged by the fact that the politicians failed to turn up for the funeral of their late father, accusing them of downplaying the implementation of the final roadmap to the restoration of peace in the Dagbon Traditional Area.

National President of the Abudu youth, Alhaji Mugisu Sibawey who has been loud on the matter posited that the Haruna Iddrisu led group demonstrated their neglect of the deal that is aimed at ensuring lasting peace, unity and reconciliation.

According to him, the MPs failed to send their solidarity messages to the Abudu Family during the period.

He said the days of Dagbon politics were almost over and advised Dagombas to shun politicians who might continue to use the Dagbon chieftaincy matters for political expediency.