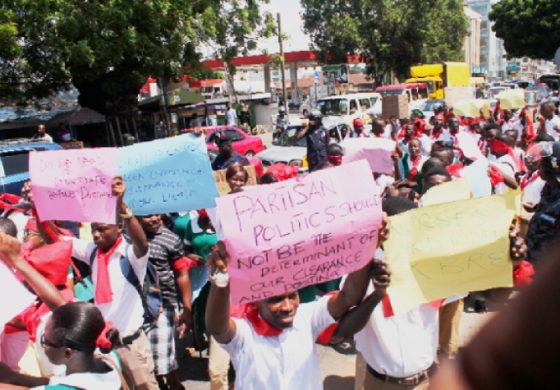 The Coalition of Unemployed Nurses have bared their teeth at the president, Nana Addo Dankwa Akufo-Addo and the ruling New Patriotic Party, for what they describe as government’s show of arrogance in the drones for medical deliveries saga.

They argue that in spite of the fierce resistance that has faced the initiative and the calls by sections of the Ghanaian public to shun the idea and rather focus on using the money to employ professionals in the health sector, particularly nurses and doctors who are wasting at home and waiting to be employed, government seems indifferent and bent on going ahead with the project.

Their fears have been heightened by the remarks of the president at the media encounter held yesterday, December 19, 2018, where he mentioned that ‘’we are also in the process of launching the world’s largest and most advanced medical drone delivery network. The four distribution centres, from where the drones will be operating, will stock one hundred and forty eight lifesaving and essential medical supplies, and not only blood’’.

The president continued, ‘’the drone delivery service will save lives, decrease wastage in the system, guarantee health care access for more than 14 million people nationwide and employ more than 200 Ghanaians’’.

According to the president, the programme is not going to run on the public budget, but Corporate Social Responsibility contributions from private sector players who will pay for the service.

But the coalition of unemployed nurses is not in the least enthused about the pronouncements of the president as they hold the strong opinion that the move is misplaced.

They back those calling for the money to be used to absorb them into the system as they believe the country stands to benefit far more in that regard than the drones, which many argue will not serve the purpose for which they are being procured as a result of the unavailability of the needed or requisite expertise to administer the essentials that the drones are supposed to deliver in the rural communities.