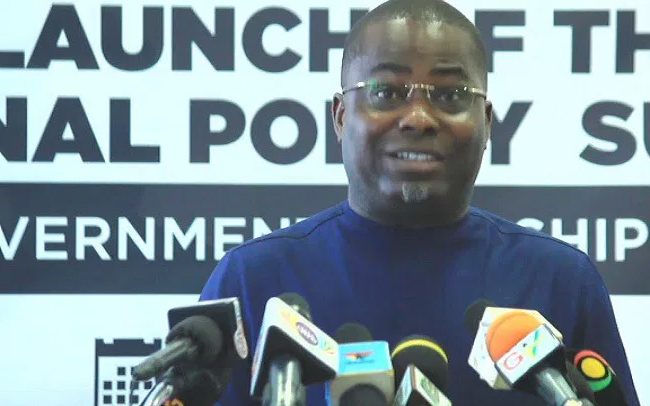 Secretary to the inter-ministerial committee on small scale and illegal mining, Charles Bissue has jabbed former president John Dramani Mahama, saying he has no moral right to berate the current government of messing up the small scale mining sector.

Mr. Bissue accused the former president who is seeking to be elected as the flagbearer of the opposition National Democratic Congress (NDC) of failing woefully to address issues in the small scale mining sector when he was at the helm of affairs in the country for 8 years, first as vice president and later as president.

The former president has faulted the current New Patriotic Party (NPP) government for ‘messing’ up the small mining sector, promising to restructure the sectors’ operations to make it more beneficial to the miners when he is given the opportunity to return as president.

But Mr. Bissue reacting to the former president’s comments opined that the former president supervised a lot of rot under his tenure in the sector, saying they under resourced agencies such as the minerals commission thereby rendering them ineffective to properly regulate the sector, adding that things were done anyhow and people had the leeway to mine and cart the minerals away without recourse to laid down procedures.

‘’You are commenting on small scale mining when you have not even read the roadmap that we have come up with. What he should have done was to study the road map and perhaps say ok, I have studied it but I think this or that is not right and so I will correct it. But to jump and say wholesale you are coming to change things, it means you don’t know what you are about in the first place. It is after you buy a trouser that you consider buying a belt’’ he said.

Mr. Bissue assured that everything is being done to ensure that small scale mining operations resume, but in a more coordinated and well regulated manner to ensure that the nation is not short-changed in terms of revenue and that the environment, particularly water bodies are not destroyed in the process.