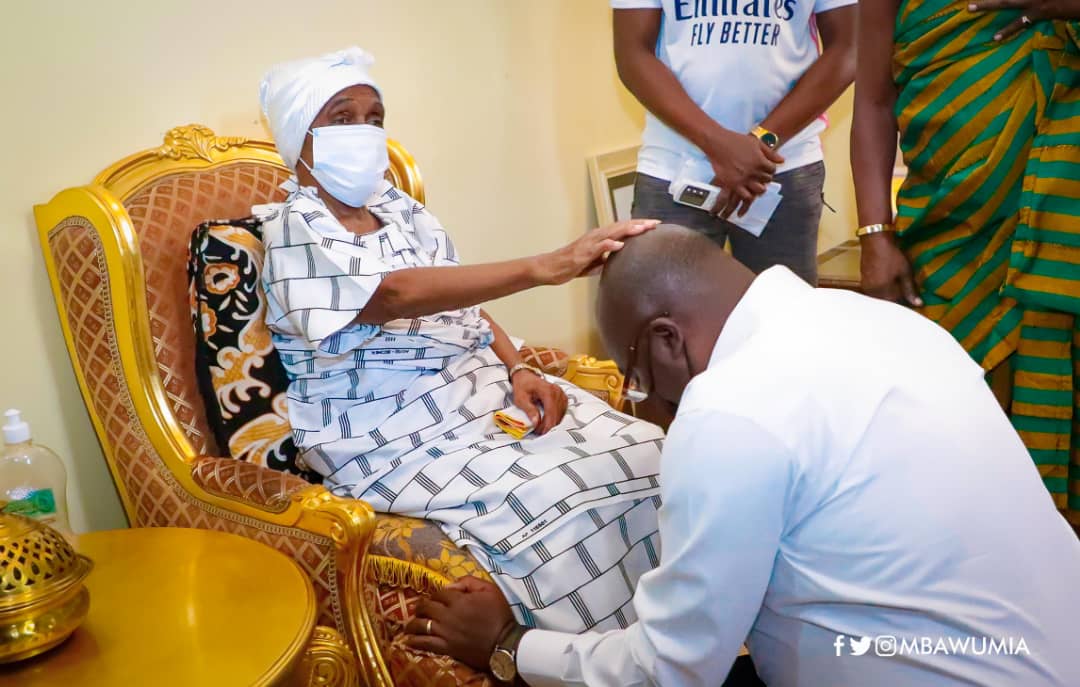 This happened when the Vice President paid a courtesy call on the queen mother prior to his touring of the Ashanti Region on Sunday October 11, 2020.

In a solemn manner, the Asantehemaa prayed for peace and calm during election 2020 and asked the blessings of God upon the life of the Vice President and his entourage.

Earlier, the Vice President, joined by some leading members of Government and the New Patriotic Party called on the Asantehene, Otumfuo Osei Tutu II to seek his blessings and consent to enable him tour the region.

The Asantehene blessed the Vice President and his team and similarly called for peace and decorum during the campaign.

Vice President Bawumia is embarking on a four-day tour of the Ashanti Region.