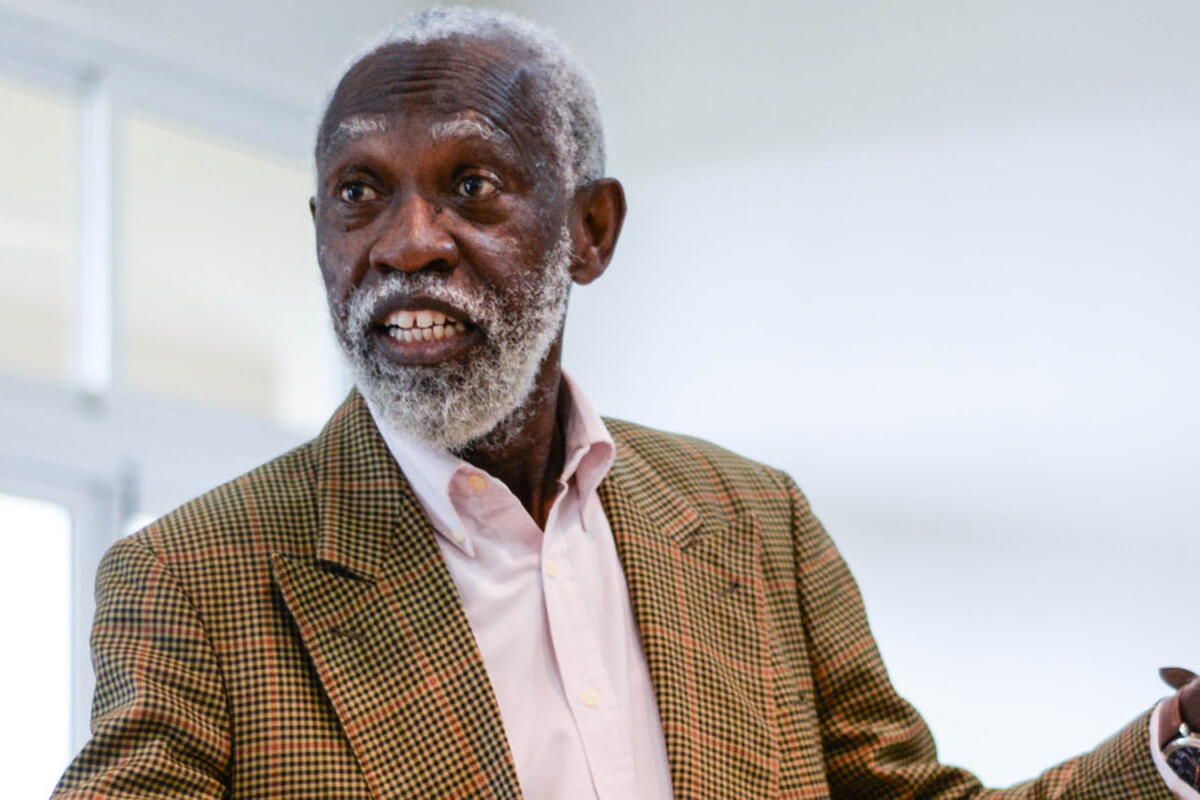 Economist Professor Stephen Adei has described Menzgold Ghana Limited’s gold vault market as a Ponzi scheme which should not have been patronised by Ghanaians.

The Securities and Exchange Commission (SEC) directed Menzgold to shut down its investment operations on 12 September 2018 for contravening the Securities Industry Act, 2016 (Act 929).

The SEC order also warned Menzgold to stop advertising gold collectables investment product which officered clients between 7 and 12 per cent interest per month.

The company has been unable to pay its customers’ extra values and principals since then, sparking several demonstrations by the aggrieved customers across the country, some of whom have appealed to the government to intervene so they can get their investments back.

Finance Minister Ken Ofori-Atta and Information Minister Kojo Oppong Nkrumah, have said expressly that the government will not use taxpayers’ money to bail out the Menzgold clients whose investments have been locked-up with the company since August last year.

Despite that, a private legal practitioner, Dr Nana Oppong, recently said the government must use state funds to pay part of the locked-up investments of the several thousand aggrieved clients.

Dr Nana Oppong, who is the President of Distinguished Scholars of Africa said even though the government is not obliged to do so, it can make that intervention on humanitarian grounds by supplementing Menzgold’s payment efforts, especially in the event that the company is unable to fully pay all its clients principal investments to them after all possible avenues have been exhausted.

In his view, the government should pay a certain percentage of the locked-up investments to the victims on compassionate grounds.

He told Benjamin Akakpo on the Executive Breakfast Show (EBS) on Class91.3FM on Tuesday, 15 January 2018 that: “We’re a poor country, we’re not that rich, so, we need money for hospitals, schools. We’re borrowing and, so, there is a very limited thing we can do, but we can do something. We have to sit down and see: Can we have 10 or 20 per cent or 40 per cent? How much can we bring to help these people? Then moving forward, how do we make sure that when a new company comes into town and says: ‘I promise you this and that’, we approve and monitor and make sure the people don’t become victims again”.

Dr Oppong added: “Recently, I heard there was compensation given to some victims of the shooting in Kumasi and so on. Legally, if you look at it, the government shouldn’t have paid it, but, on politically or moral grounds and humanitarian grounds, it was done.

“Sometimes we do things not because we are legally obliged but because it is the right thing to do. As a nation, on humanitarian grounds, to show compassion, to show solidarity and to minimise injuries and the pain and suffering of people, we should think about that.”

The CEO of Menzgold Ghana Limited Nana Appiah Mensah (NAM1), is currently being held in Dubai for unrelated criminal offences. The Ghanaian authorities and the police are working to have him extradited to face separate criminal charges relating to fraud.

Commenting on the Menzgold issue in an interview on Class91.3FM’s Executive Breakfast Show on Thursday, 24 January 2019, the Dean of Arts and Sciences at Ashesi University told host Benjamin Akakpo that Menzgold “was a Ponzi scheme”, adding: “Anybody who thinks that you will go to a financial institution and get 10% a month, 120% if you didn’t even compound them in a year, [is wrong] … And many people were warned individually and other things and they will say that: ‘If you are afraid you will not gain’”.

He said: “Those who got their profit, they spent it till the last minute. Some go and put all their monies back there again because now they have gotten GHS100,000, so, they go and put it there to get GHS200,000. When they were doing so, did they go and pay tax even? No. And now they want the government [to rescue them with taxpayers’ money]”.

He added: “Basically, this boy [NAM1] was quite smart and most thieves and crooks are very smart. He saw a regulatory gap between the Bank of Ghana and SEC [and exploited it]”.

In Prof Adei’s view, “It was something which no rational person should think that you can invest in gold or whatever and get 120% per annum while every day, the Ghana Broadcasting Corporation posts gold prices and there are no [significant] changes [in price]”.

The Chairman of the National Development Planning Commission (NDPC) further cautioned against poiliticising the Menzgold issue.

“We should stop the nonsense of politicisation of this. It is a criminal case,” he reiterated.

“Those who got their profit, they spent it till the last minute. Some go and put all their monies back there again because now they have gotten GHS 100,000 so they go and put it there to get GHS 200,000. When they were doing so, did they go and pay tax even? No! And now they want the government [to rescue them with taxpayers money]”