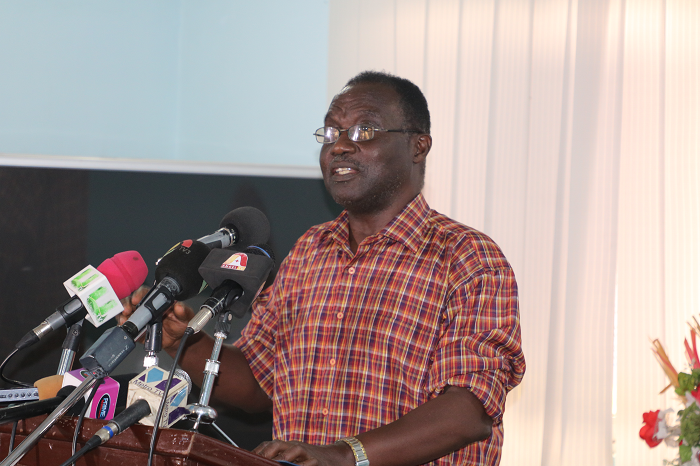 The Caucus for Democratic Governance, Ghana (CDG-Gh) is asking president Nana Addo Dankwa Akufo-Addo to resign or face the wrath of the Ghanaian people.

According to the group, president Akufo-Addo has been at the forefront of mismanaging the country culminating in hardship to the Ghanaian people for 2 continuous years.

In a statement issued by the group and signed by its chief convener, Dr. EK Hayford, the group chronicled a series of happenings in the country covering various aspects of the economy that has been poorly handled by the government which warrants that the president leaves office.

‘’President Akufo Addo, after two years, is yet to provide Ghanaians with the quality leadership, economic break through and the promised transformation’’ the group said.

NANA ADDO MUST GO; OR FACE THE WRATH OF THE PEOPLE. TWO YEARS OF DESPERATION IS ENOUGH

The Caucus for Democratic Governance, Ghana (CDG-Gh) from its research, can report that in spite of his promise to transform Ghana in 18 months, President Akufo Addo, after two years, is yet to provide Ghanaians with the quality leadership, economic break through and the promised transformation.

His governance system lacks transformational, inspirational and motivational imperatives. We are day to day confronted with tricks and deceit packaged in jargons such as prudent management, fighting corruption, protecting public purse and replacing taxation with productivity. The so called positive micro indicators have vanished into thin air. Inflation is high, the cedi is rapidly depreciating, the prices of food, fuel and transport are high, and are still rising. Imports compared to exports are galloping; eroding our hard won foreign reserves. The wrong solution from government is : imposing multiple taxes on the people , oblivious of the collapsing banking system, struggling companies that are folding up and the millions who are loosing their jobs.

About 2.2million Ghanaians are facing tough times with empty pockets and without jobs ; while the government system is blotted. About 40 billion dollar has been borrowed in two years and mostly invested in consumption instead of productivity. We have 110 Ministers. 1064 Presidential Staffers, (compared to 600 in 2016). There are now countless CEO`s and deputies, with staggering number of personal aids, and assistants. The decision by NIA to issue ID card, to facilitate the creation of new voters register by the EC is a needless waste of taxpayer`s money.

Misplaced priorities such as National Cathedral, new voters register and drones for health care neither fit into the immediate needs of the people nor the health concept for Ghanaians. For this corrupt incompetent, dysfunctional and disgruntled old President, what the people say is always  irrelevant. Anything that does not conform to his tribal, divisive, right extreme feudalistic tendencies has to be rejected.

In spite of his abysmal performance, President Akufo Addo is still confident. The reason is easy to find. He has surrounded himself with a core of relatives and friends. A mafia clan that works in tandem, singing to his tune in exchange for presidential protection. He has Jean Mensa the EC chairperson, the Director of CID, his relative, the IGP, the Chief Justice, his relative and Majority in Parliament all under his control. With these institutions and personalities under his control, he has dared to protect corrupt appointees and himself; and attempted to reverse history by making the late J B Dankwa and late Akufo Addo (his father) National heroes.

Unfortunately Jean Mensa, the EC Boss being pulled by the strings of the President messed up the recent referendum proceedure, forgetting that the EC is not an extended arm of the NPP, but an Independent Commission whose moral obligations towards the people of Ghana, are fairness, neutrality, integrity and credibility. The extent of the violation of our electoral laws, serious misconduct and violation of due process by EC officials is unacceptable and Mrs Jean Mensa should bow down her head in shame and resign. We are particularly shocked at her incompetence and lack of dedication to duty. Compelling evidence from TV3 video footage confirm electoral malfeasance and shocking abuse of electoral processes.

Instead of getting her to resign, the President has as usual congratulated Jean Mensa for her failure to perform ; thus putting her under his protection and overruling the gravity of offences.  The two invariably seek to suffocate the electoral process, with damaging effect on our hard won democratic credentials.

It is the wish of the CDG-Gh, that Mrs Jean Mensa will see the gravity of the misconduct during the referendum and RESIGN !!!. It is important to know, that Ghana and Nana Addo are not identical. No one is above the Nation and the law. The power comes from the people whom the EC boss has done disservice. The voice of the people is the voice of God.