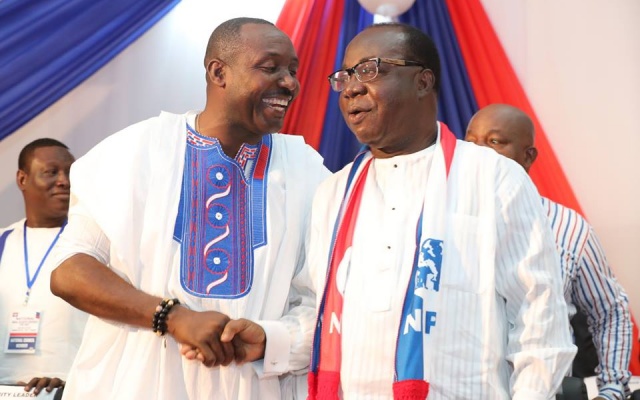 This solemn commitment was manifested on January 7, 1993, with the coming into force of the 1992 Constitution of Ghana ushering in the 4th Republican dispensation, the most enduring Republic in our history, which is 26 years today and counting. It is our conviction that this is the last of the Republics and that the 4th Republican Constitution shall remain the supreme and fundamental law of Ghana and only subject to amendments or reviews as and when necessary.

It is in recognition of this that the Akufo-Addo government has set aside the 7th of January each year as Constitution Day, ostensibly to celebrate the country’s enviable democratic feats and also remind us of the commencement of the 1992 Fourth Republican Constitution, the most efficacious and ever-lasting in our history. The day is accordingly declared as a Public Holiday due to its great significance.

Hitherto, July 1, which day ushered in the 1st Republican Constitution of 1960, was celebrated as a Republic Day in Ghana and observed as a Public Holiday. However, the 1st Republican Constitution, just like the 2nd and the 3rd, was effectively truncated and repudiated by Military Interventions until the coming into force of the 1992 Constitution which ushered in the current 4th Republic and put the country on the path of sustained and uninterrupted constitutional order.

There is therefore every justification to celebrate the day on which the 1992 Constitution and for that matter the 4th Republic entered into force as it signalled our collective resolve to chart a new path. Also, unlike the 1st and the other Republics, the 4th Republic marks the longest period the country has enjoined constitutional sanity and order without any interruption or attempt of same.

So, as this significant day is commemorated today, the NPP is pleased to wish Ghanaians a Happy Constitution Day and congratulate the country for the enviable feats she has chalked in consolidating her constitutional and democratic gains.

The party also implores all Ghanaians to participate in the activities earmarked to mark this momentous day particularly the maiden Constitution Day Public Lecture scheduled for 5pm to be delivered at the Ghana Academy of Arts and Science by the Rector of GIMPA, Professor Bondzie-Sampson on the topic, “Constitutionalism in Ghana’s Fourth Republic: Towards Functional Performance”.