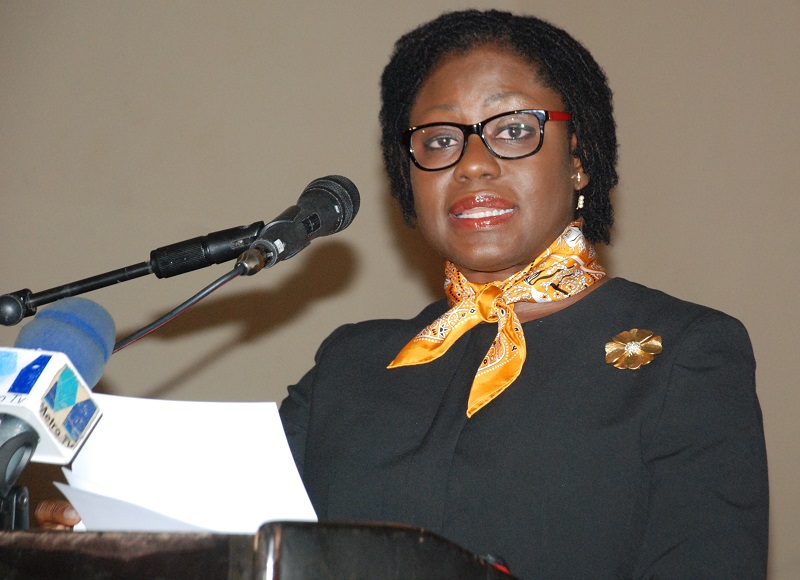 Ex-staff of some banks whose licenses were withdrawn by the Bank of Ghana will be considered for payment in place of the Central Bank “on humanitarian grounds,” the regulator has said.

Elsie Addo Awadzi, Deputy BoG Governor said the Central Bank is prepared to waive its second position for the sake of the workers of defunct UT and Capital Banks so that they get some benefits paid to them instead of waiting longer at fifth position.

She indicated that the regulator is not under any obligation to pay the affected staff who have told stories of hardship since the August 1, 2017 lay-offs.

“If there are any unpaid salaries before these banks exited they become claims on the book of the receiver,” Awadzi said on the Super Morning Show on Tuesday.

The receiver, she was referring to two Directors of audit firm, PriceWaterhouseCoopers (PwC), Eric Nana Nipah and Vish Ashiagbor.

They were appointed by the central bank to officially supervise the winding down of business at the insolvent banks – UT and Capital.

The receivers sacked all staff of the companies and the banks were later taken over by big player GCB.

Although an exit pay package has been agreed with the former employees, it is yet to be paid. They petitioned the president, Nana Akufo-Addo in May 2018 for intervention and are yet to receive a response.

Awadzi said on the list of priorities, retrieving monies it pumped into the two banks is more important than the exit package of the former employees.

Retrieval of public funds is number two, exit package issues of the private employees is number five, she explained.

Nonetheless, the regulator has agreed to pay the staff using liquidity support it gave to the two banks before they collapsed.

“What should have come to BoG should be used in part to pay off some of those claims from the two banks”, she told the host of the show Daniel Dadzie.

Awadzi said the central bank took that decision because “we really care about them.”

During its struggles, UT Bank received over 860m cedis while Capital bank got 610m cedis. Part of the combined 147bn cedis have been retrieved, Elsie Awadzi indicated.

The ex-Directors and shareholders of the defunct banks have been sued by the receiver in an attempt to recover the monies.

It is not known the quantum of severance pay to be paid or when it will be paid.