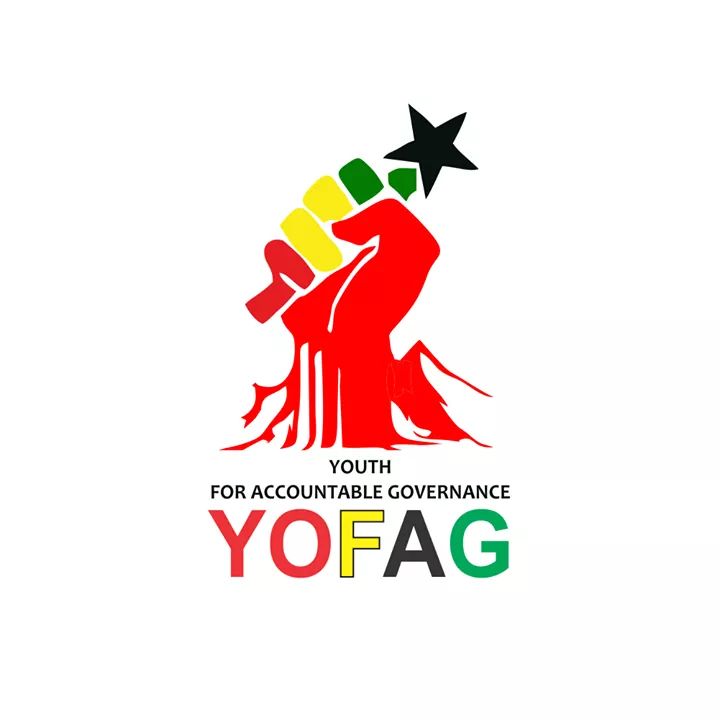 Pressure group, Youth for Accountable Governance (YoFAG) has outlined a series of activities aimed at drawing attention to the growing insecurity in the country.

The group has launched what it calls #BringBackOurTaadiGirls, in solidarity with the 4 kidnapped girls in the Western Regional Capital of Takoradi.

A statement issued by the group said they will also embark on a vigil to solidarize with the families of the affected girls and to drum home the need for government to treat the recent upsurge in crime wave in the country with some urgency.

‘’YoFAG would like to seize the moment to entreat the general public to furnish the police with every piece of information that may help unravel this mystery. It is undeniable that our Police service itself is very much constrained with their own logistical and other challenges but we are challenging the Regional Commander and his entire team to speed up their thorough investigations and if it is possible, publish the image of this suspect in custody for the public to see, as this may provide further leads based on that’’ the group said.

Youth for Accountable Governance (YoFAG), is in shock over disturbing news of growing state of insecurity in the country owing to constant news of reported crimes in various forms from Hollywood-style broad day robberies, numerous murder cases and now, reported cases of kidnappings in the Western Region, Takoradi municipality to be precise.

We condemn this dastardly and cowardice act of low esteemed individuals whose sense of reasoning appears to be at complete variance with societal norm. Just as we will wish to commend the Ghana Police for work done so far, we are sincerely sorry to state unequivocally that six (6) months is more than enough for our black uniformed men to have vigorously conducted serious investigations and brought out cogent leads to help find our missing sisters.

According to our sources the reported cases of kidnappings and murder followed the below sequence;

On Wednesday, August 15, a 16-year-old Senior High School student was kidnapped about a hundred meters from her house at New Site in Takoradi. The girl who was abandoned the next day close to her house, has since been rendered dumb, possibly traumatized by the ordeal she went through in the hands of the kidnappers.

A 21-year-old lady was kidnapped at Nkroful junction, also in the Sekondi-Takoradi metropolis. Her father said she called him on the said day, August 17, 2018, sounding very agitated and screaming out his name “daa-daa-daa” repeatedly, after which the line dropped and the phone was put off.

The kidnappers later got in touch with the father and demanded a ransom. Our source is unable to confirm as we prepare this release if the ransom has been paid for her release or not.

A kidnapping attempt this time was foiled. A teacher of the Donewell Methodist Academy in Effiekuma, Florence Ekua Egyir, recounted the incident to Paa Kwesi Simpson, a radio show host on Connect FM’s ‘Omanbapa’ Morning Show. Madam Florence said they were on their way to school in the company of their 11-year-old sister, on Wednesday, November 14 when the unidentified woman hatched, albeit failed attempt, to kidnap them.

A group of unidentified men who posed as workers of mobile telecom giant, MTN Ghana, kidnapped an 18-year-old lady in Takoradi.

The men were said to have advertised a supposed job opening at MTN Ghana in a WhatsApp group and encouraged interested persons to call a contact provided in the advertisement to apply for the job.

Priscilla Mantebea Koranchie, a 15-year-old girl was believed to be one of the people to have been kidnapped in Sekondi-Takoradi is a first-year student of Sekondi College in the Western Region, Priscilla disappeared on December 21, 2018 and has since not been found and her parents have launched a search party for her.

The Ho District Police Command has rescued a 17-year old Senior High School student after she was kidnapped by some persons for about 48 hours. A second year student of Sonrise Senior High School in the Ho Municipality of the Volta Region, who had gone missing on Monday, January 21, spent close to 24 hours in a critical condition with her kidnappers. While interrogating the victim after she “gained conscious” she told them that she could only remember that she found herself in an uncompleted building, after which she also saw a sign post of “Awudome Secondary School, Awudome Bame and Goil Station at Ho Bankoe”

Another girl has gone missing since last week in Takoradi in the Western Region. The girl, Maame Darkoa Anomah, 25, is said to have been kidnapped at West Tanokrom. The kidnapper has allegedly warned the family not to report the case to the Police. A relative of the alleged victim told Empire FM’s Emmanuel Ohene Gyan Thursday evening that: “ She has been away since last week. We have not reported to the Police because we believed she would return. Her father felt that she would return. After we received a message from someone through her phone that she was being held by kidnappers, we thought she was just conspiring with someone to play games on us, but she still hasn’t returned. “We are getting worried because she is not that type. She is not the type that sleeps outside or stays out for long so we are getting worried now. We will now take steps to report the matter to the police”.

It appears there is something sinister going on in the Takoradi in the Western Region and it keeps getting scarier each day. Besides the kidnapping, people are also being killed, information Ghpage.com has gathered confirms. Just this afternoon, another boy has allegedly been killed in Takoradi.

According to the reports, this particular young man, Kwaku Gyamera who is 16 years old was killed today 25th December 2019 at an area called Monkey Hill. Monkey Hill is located between Paa Grant Roundabout and New Takoradi.

Currently, YoFAG has learnt that officially, four (4) of the said kidnapped girls in the Western Region are still reported missing and one can imagine the agony the families are going through as the police continue their search for any clues to #BringBackOurTaadiGirls and when our attention was drawn to the fact that a suspect in police custody, a Nigerian, has refused to talk during interrogations, we could not sit aloof but add our voice to the numerous individuals who have already done so including the West Side’s own legacy from Effiakuma, musician, Kofi King Arthur, aka Kofi Kinaata.

We believe sincerely that many others should add their voices and join us not to only condemn these acts, but continue to be on the smart lookout in our environment, provide any leads as we continue the search to find our missing girls.

YoFAG would like to seize the moment to entreat the general public to furnish the police with every piece of information that may help unravel this mystery. It is undeniable that our Police service itself is very much constrained with their own logistical and other challenges but we are challenging the Regional Commander and his entire team to speed up their thorough investigations and if it is possible, publish the image of this suspect in custody for the public to see, as this may provide further leads based on that.

YoFAG wants to also advise parents and guardians, schools and our brothers and sisters to be more vigilant wherever they find themselves and be more safety conscious of themselves wherever they are. We also want to state without mincing words that the State should put in deliberate policies that seek to properly filter the foreigners who we welcome into our country especially through our very porous eastern, western and northern borders. Ghanaian lives must matter first, to curb this recent state of #InsecurtyInGhana

As a concerned youth group, we have begun plans to hold a PEACE WALK dubbed #BringBackOurTaadiGirls as a sign of solidarity with the families of these girls, and people of the Western Region as well as the nation to spur on our police in their work to bring all who are related to this heinous offence to book and return our girls to us in one peace. This we are doing in collaboration with all who are concerned and appreciate the fact that we must all stand up to call for this monster called kidnapping raising its ugly head to be nipped in the bud before it gets out of hand.

In addition to the PEACE WALK we will as well keep VIGIL on the evening of the same day. Further details of this activities will be duly communicated to all within the shortest possible time.