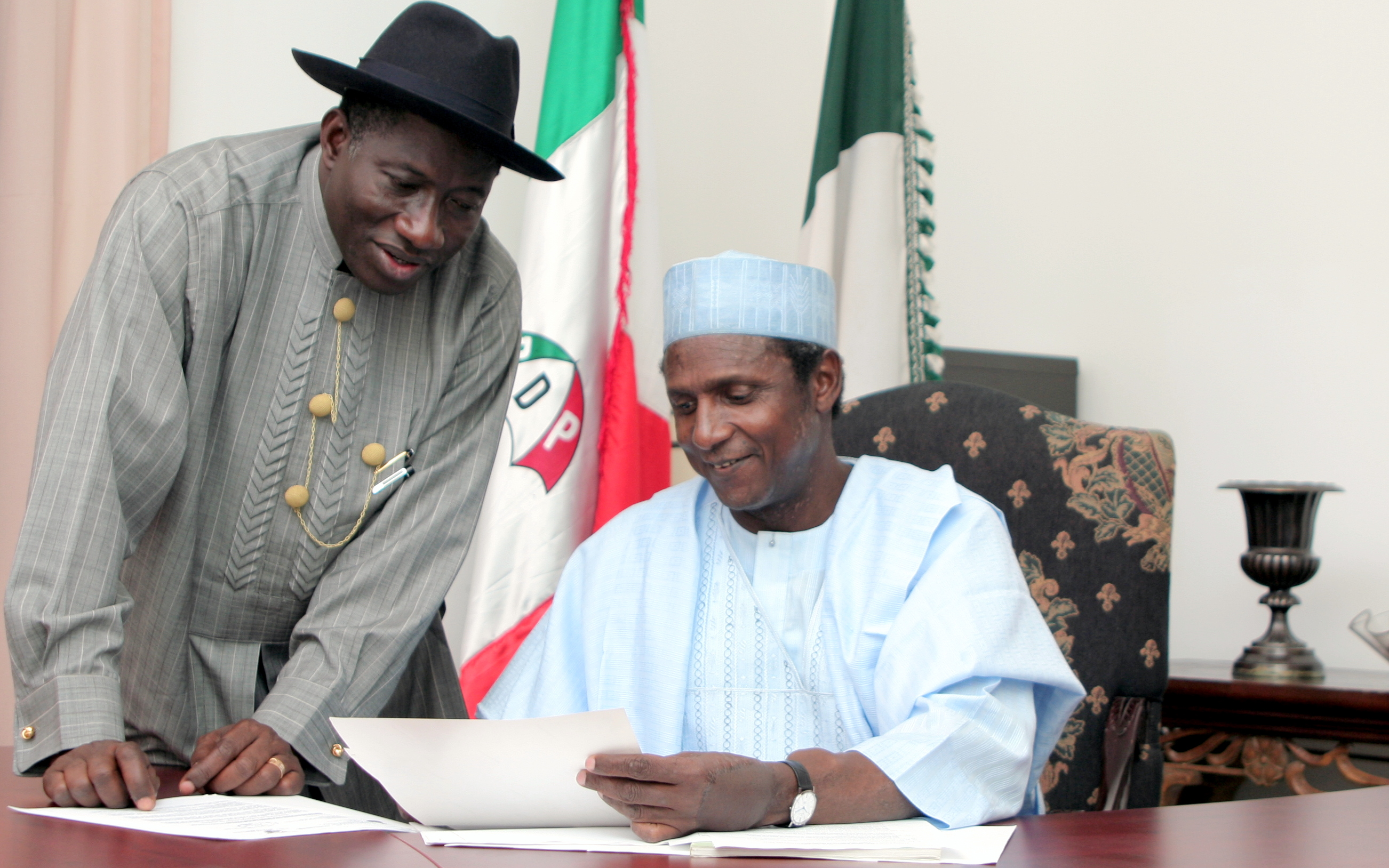 Former Nigerian President, Goodluck Ebele Jonathan has described his late former boss, Omaru Yar’Adua as a man of integrity who had a humble spirit.

Remembering the 9th anniversary of the passing of the former Nigerian leader which fell yesterday, May 5 2019, Mr. Jonathan said Mr. Yar’Adua was a selfless leader who placed national interest above ethnic and personal gains.

‘’President Yar’Adua was a man of integrity with a  humble spirit who always took upon himself the burden of national reconciliation, peace-building, and democratic consolidation. He used the opportunity he had in public service to build bridges of love, foster unity and give hope to Nigerians’’ the former president wrote on his Facebook Page.

He continued that ‘’ Today, I remember and celebrate him for the works that he had done. Peace he lived for and homes of peace he built. Democracy he loved and democracy he nurtured. We will always remember you for your service. A servant leader truly you remain. –GEJ’’.

Mr. Jonathan served as Vice-President of Nigeria under late former President Omaru Yar’Adua from 2007 to 2010 before taking over as President, following the death of Mr. Yar’Adua.