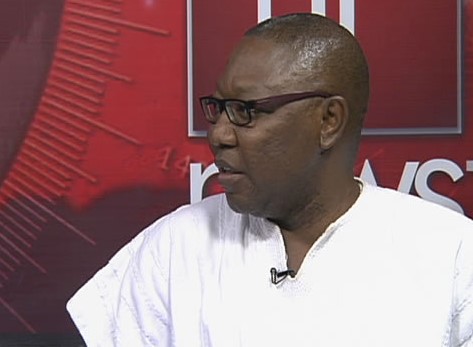 President Nana Addo Dankwa Akufo-Addo has gone down in the country’s history as the president under whose watch journalism has been bastardized, brutalized, attacked and under siege with impunity.

That is the assertion of the opposition National Democratic Congress (NDC) Member of Parliament for the Builsa South Constituency in the Upper East Region, Dr. Clement Apaak.

According to him, evidence abound that the president and his government have tacitly endorsed attacks on journalists and have not taken any initiative to protect or ensure that such attacks are stopped.

Dr. Apaak who is a former presidential staffer cited the silence of President Akufo-Addo and Vice President Mahamudu Bawumia on attacks by the ruling New Patriotic Party (NPP) Member of Parliament for Assin Central Constituency, Kennedy Ohene Agyapong on investigative Journalist Anas Aremeyaw Anas and his Tiger PI team as an example of the president’s failure to protect the media.

Dr. Apaak who was sharing his views on World Press Freedom Day also highlighted the very strange position of government regarding the Manasseh exposure of the De-Eye group as well as the refusal to act on the evidence against the secretary to the Inter Ministerial Committee on Illegal mining, Charles Bissue who was caught in a video released by Tiger Eye PI allegedly receiving a bribe.

Last week, the Bolgatanga residence of Edward Adeti, Starr FM’s Upper East correspondent was broken into three days after his investigation led to the resignation of a Minister of State, Rockson Ayine Bukari.

Adeti had reported about Mr. Bukari’s attempt to get him to kill an investigative story about a Chinese mining company, Shaanxi Mining Ghana Limited, and a senior judge in the Upper East region, Justice Jacob B. Boon.

Mr Bukari resigned few days after the journalist produced a voice clip implicating how he (Bukari) had tried to bribe him with GHS 5,000 and a motorcycle to drop the undercover report.

‘’In the all these instances government, its appointees and party apprachiks have attacked journalists who did thier work as required yet the President saw no need to call his bulldogs to order. So clearly, the President and his government have sanctioned the attacks on media freedom’’ Dr. Apaak said.

He continued that ‘’ “Our President, Nana Akufo-Addo, is being extolled for repealing the criminal libel law [in 2001], but today he’s not been able to protect journalists. Journalists are being abused but he’s kept quiet’’.

Ghana’s ranking on press freedom in Africa reduced to 3rd this year, from 1st last year.

The country was also ranked 27th in the 2019 World Press Freedom Index report, as against 23rd last year.

The report which was prepared by Reporters Without Borders cited the murder of investigative journalist Ahmed Hussein-Suale as a major blow to the country’s press freedom.

Ghana’s worst performance on press freedom was in 2013 when it ranked 30.The country’s best ranking was in 2015 when placed 22.