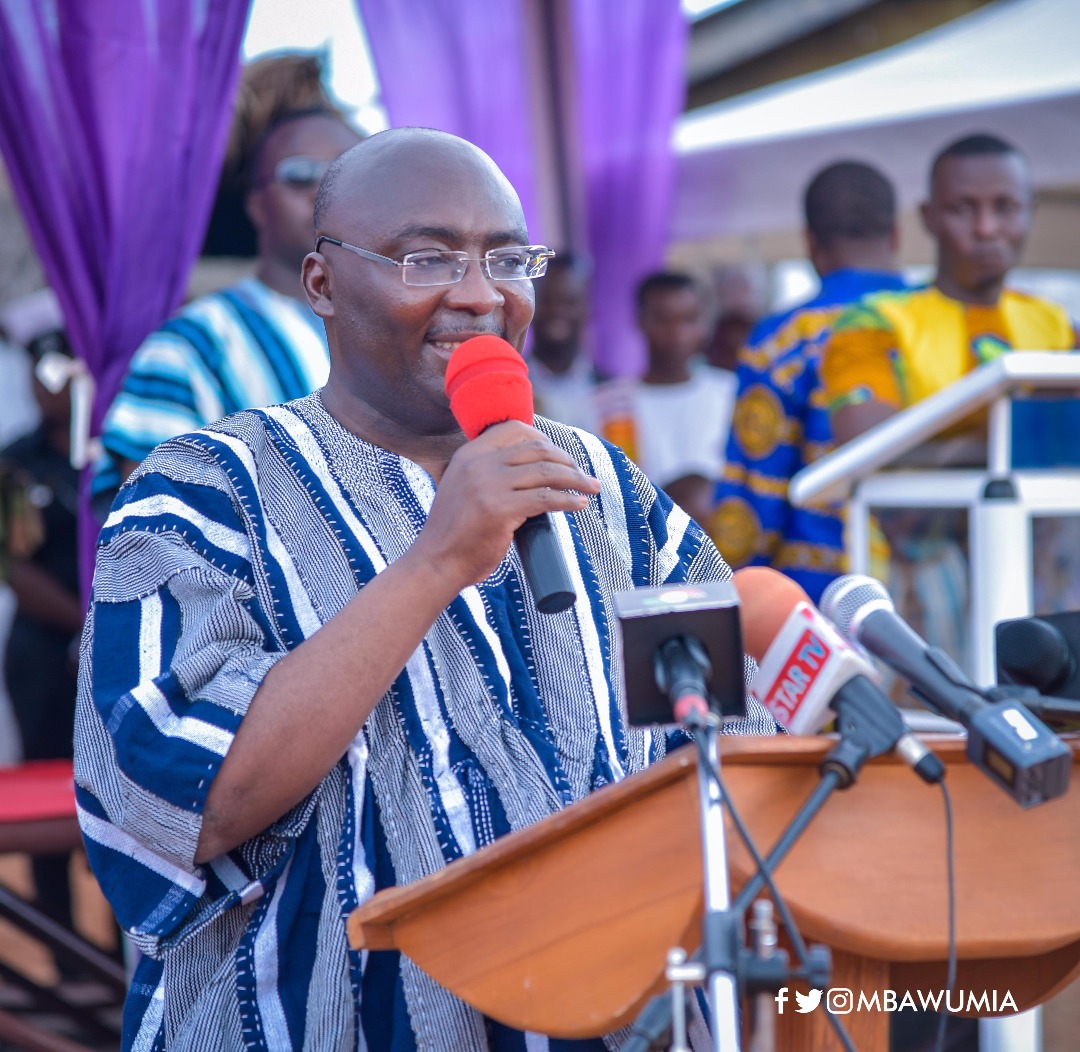 Vice President Dr. Mahamudu Bawumia has emphasised that implementing policies that are inclusive and human-centred remain a key focus of the government of President Nana Addo Dankwa Akufo-Addo.

It is against this background that the NPP government since coming into power last year has craftily pursued the trajectory of implementing human centred policies that leave no one behind the development ladder. 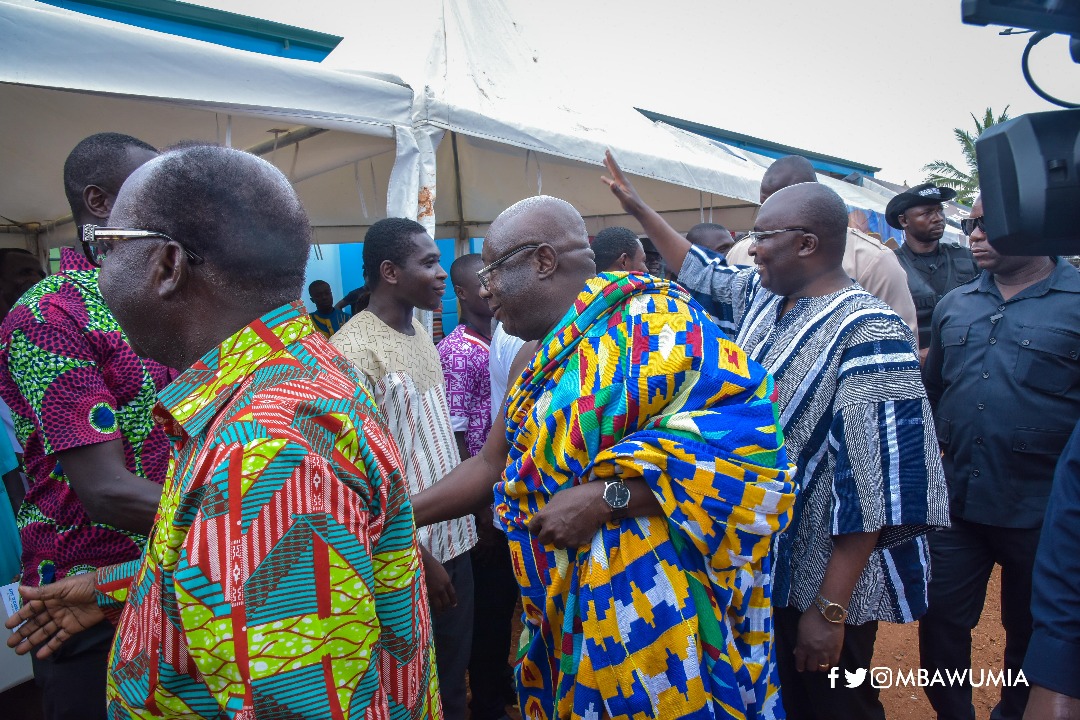 Dr. Mahamudu Bawumia made this assertion when he joined the Awulae Amihere Kpanyinli III (Omanhene of Eastern Nzema Traditional Area as well as the chiefs and people of Ellembelle to celebrate the 2018 Adoabo Kundum festival.

The celebration of the Kundum festival among the Nzemas is historic in the lives of the people as a period of preparation for harvest. It is an avenue for uniting the people and linking them to their ancestral heritage. 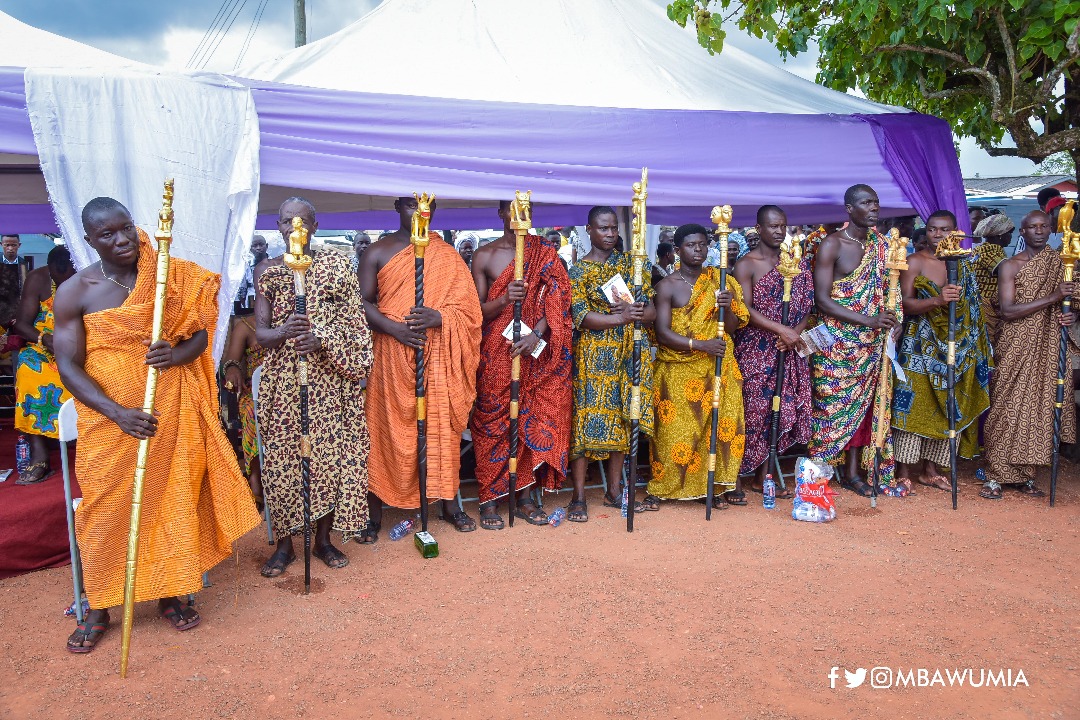 Highlighting the growth-inclusive and human-centred policies by the present government, Dr. Bawumia remarked that “policies like the Free Senior High School (Free SHS), Nation Builder’s Corps (NaBCo), Planting for Food and Jobs, one-village-one-dam, among others  are programmes of government  which cover all of Ghana to promote social inclusion ”

“Aside these, we are also building critical and innovative soft infrastructure that affect our everyday living. These include the National ID or Ghana card, the Digital Addressing System, Paperless Ports, mobile money payments interoperability, the new Smart Driving Licenses, the ease of getting passports, and so on”, Dr. Bawumia added. 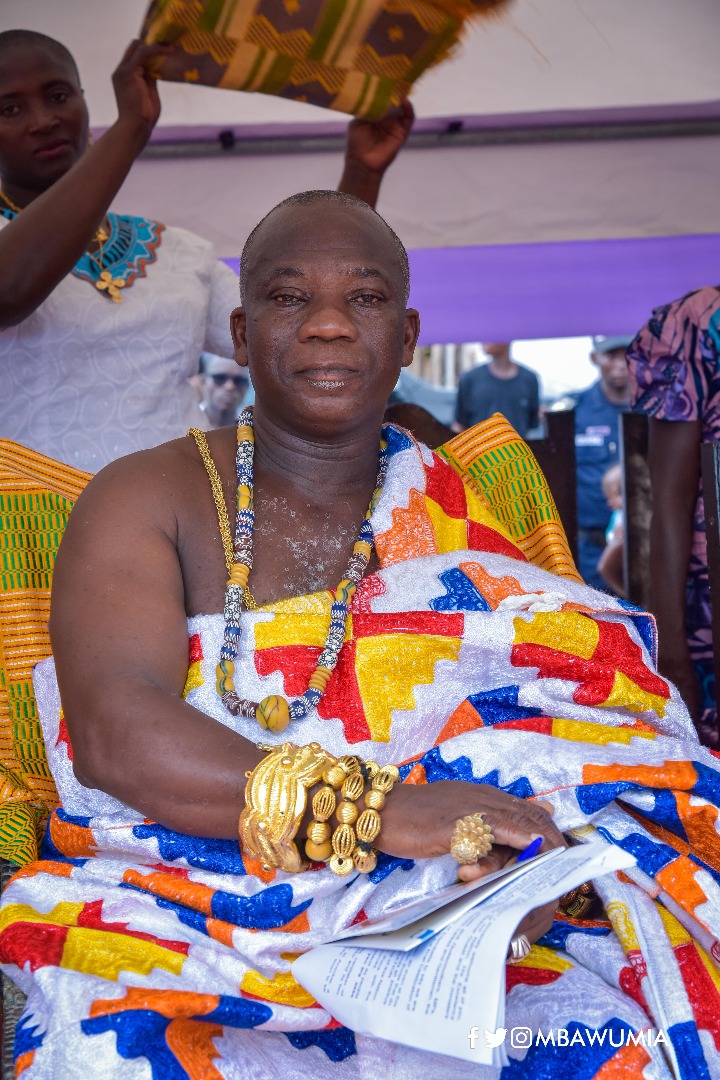 The Vice-President said the government had also embarked on several social intervention programmes to assuage the sufferings of the people through the restoration of teacher and nursing trainee allowances, reduction of electricity tariffs, the abolition of nuisance taxes and expanding the welfare safety net by increasing the share of the District Assembly Common Fund (DACF) to persons with disabilities from 2% to 3%. 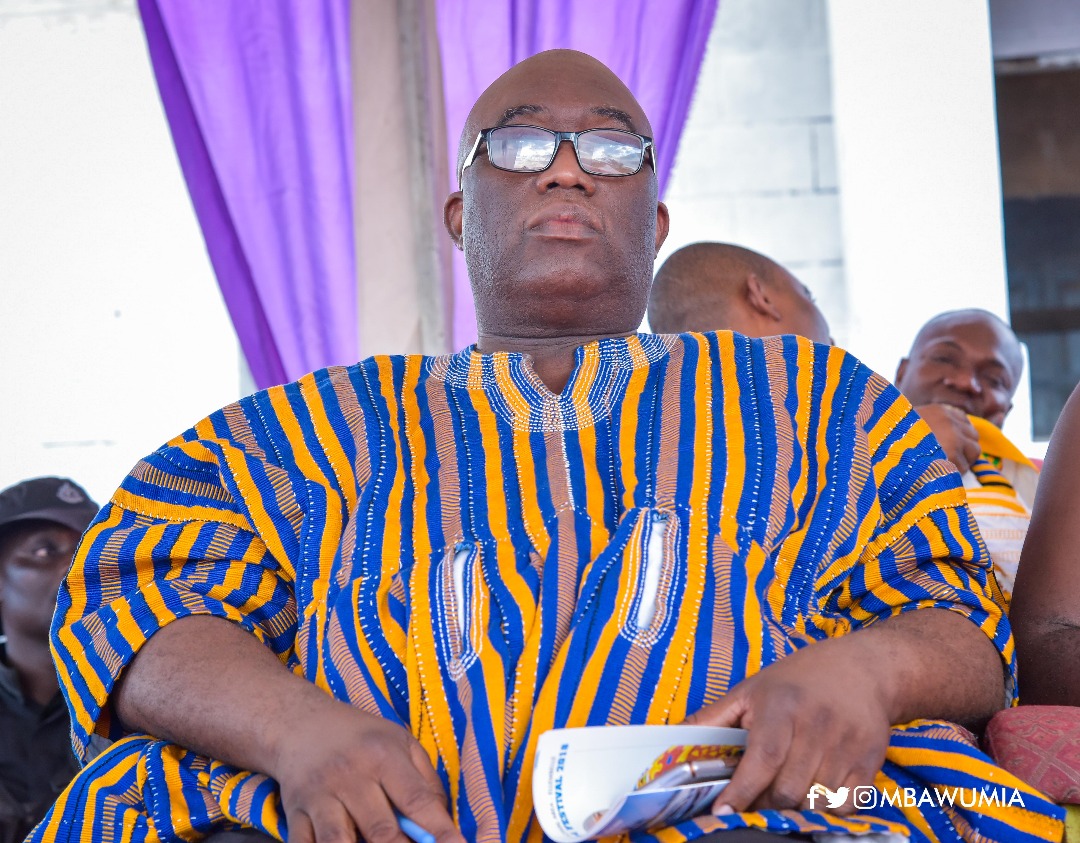 Backing his argument with relevant statistics, Vice President Bawumia mentioned that apart from building a strong human capital for the future there are immediate cash benefits to the parents arising from the implementation of the free senior high school (SHS) education. 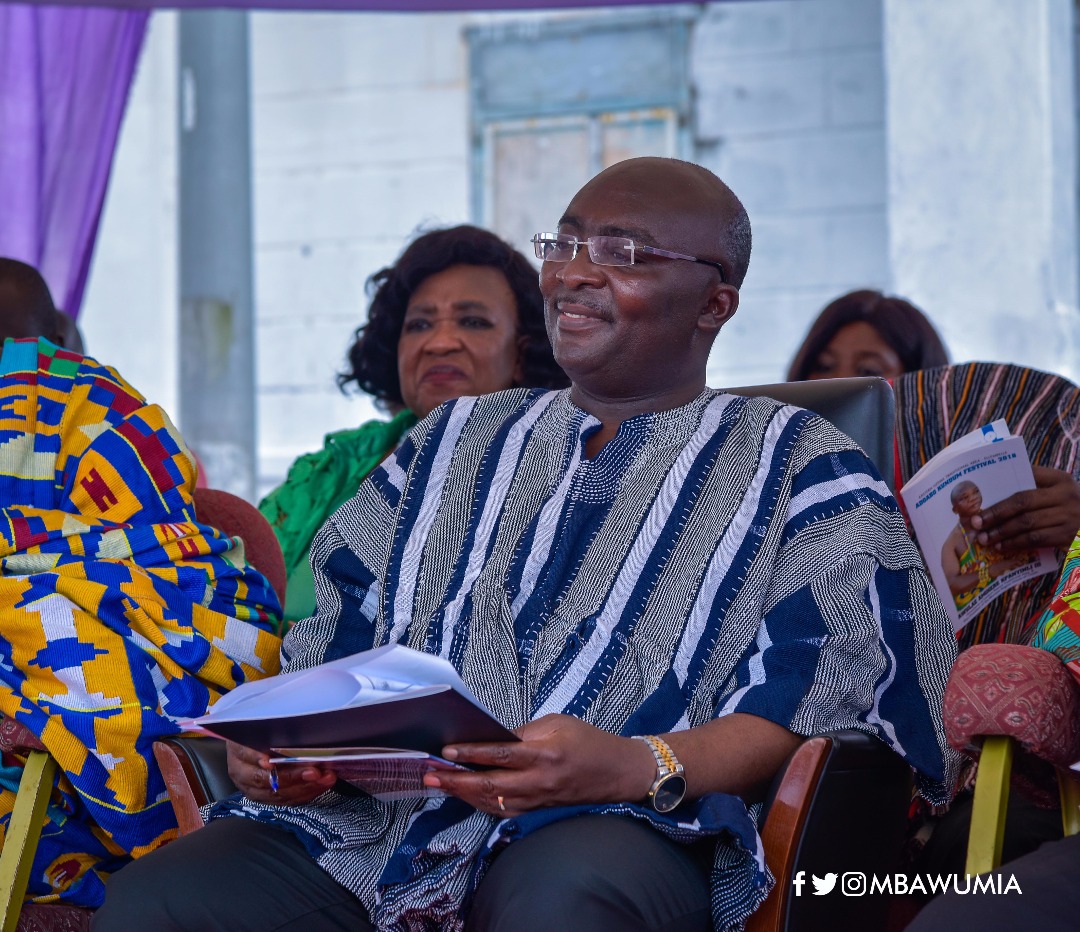 In practical terms, here is a list of savings for first year SHS and vocational students and their parents:

–           And over a 3 year period a parent with a boarding SHS student would have saved around GHS6,000 (or about 60 million old cedis). The savings is over 100 million old cedis if you have 2 children going through the free SHS. 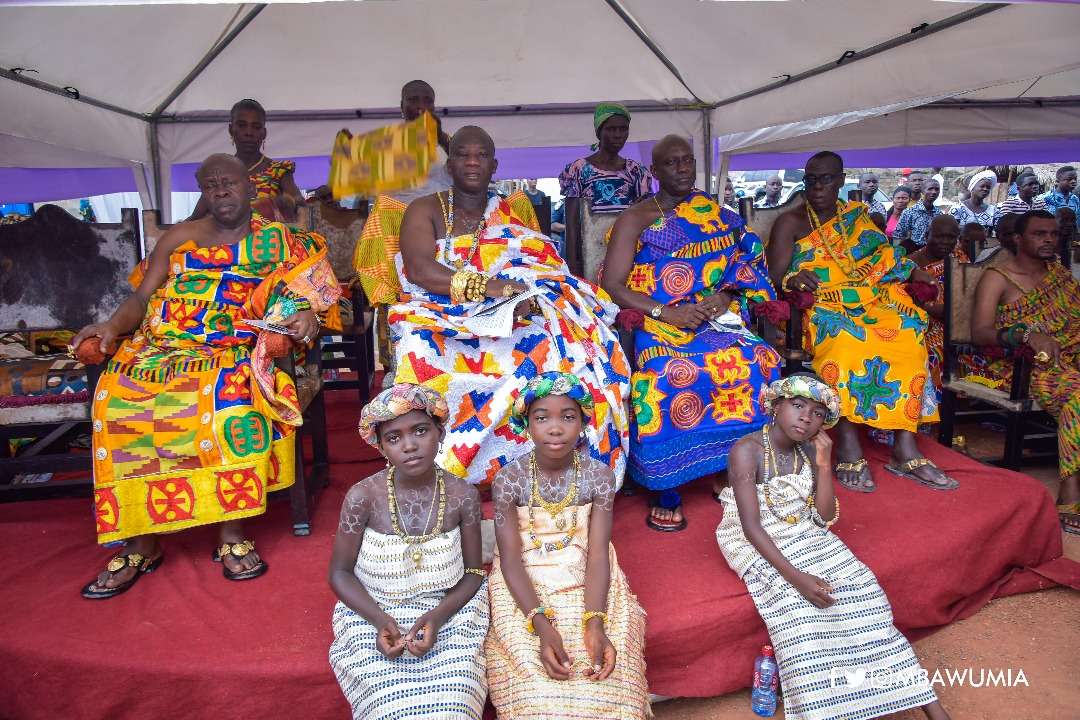 “If you are a small business person, a trader or a farmer, Free SHS is saying keep that money and invest in your business or farm without having to take a loan from the bank. If indeed we want to see government policies and programmes putting money directly in our pockets don’t look too far – the Free SHS is simply doing that”, he indicated.

Dr. Bawumia also emphasised that for the people of Ellembelle and Western region, policies such as the free SHS are the surest means to ensure that future generation acquire the basic minimum qualification and even higher ones capable of guaranteeing them respectable job positions in the oil and gas industry. 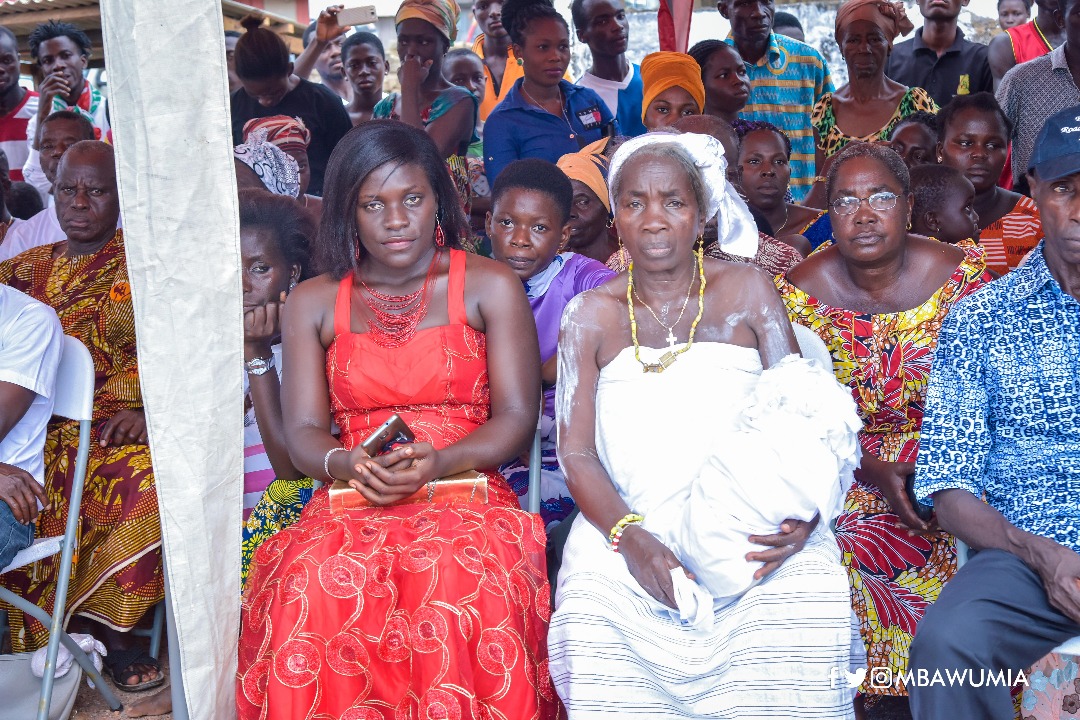 “Without educating our children very early in life, how can we expect them to be part of the oil and gas industry that is developing around us? The oil and gas companies will bring in workers from abroad to do the work if they can’t get the right people to work in the industry” the Vice President added.

Dr. Bawumia further charged the oil and gas companies in Nzema area; ENI Ghana, Ghana Gas, AKKER Petroleum, Tallow Oil among others, to improve the quality of life of the people and become social partners with government in development. 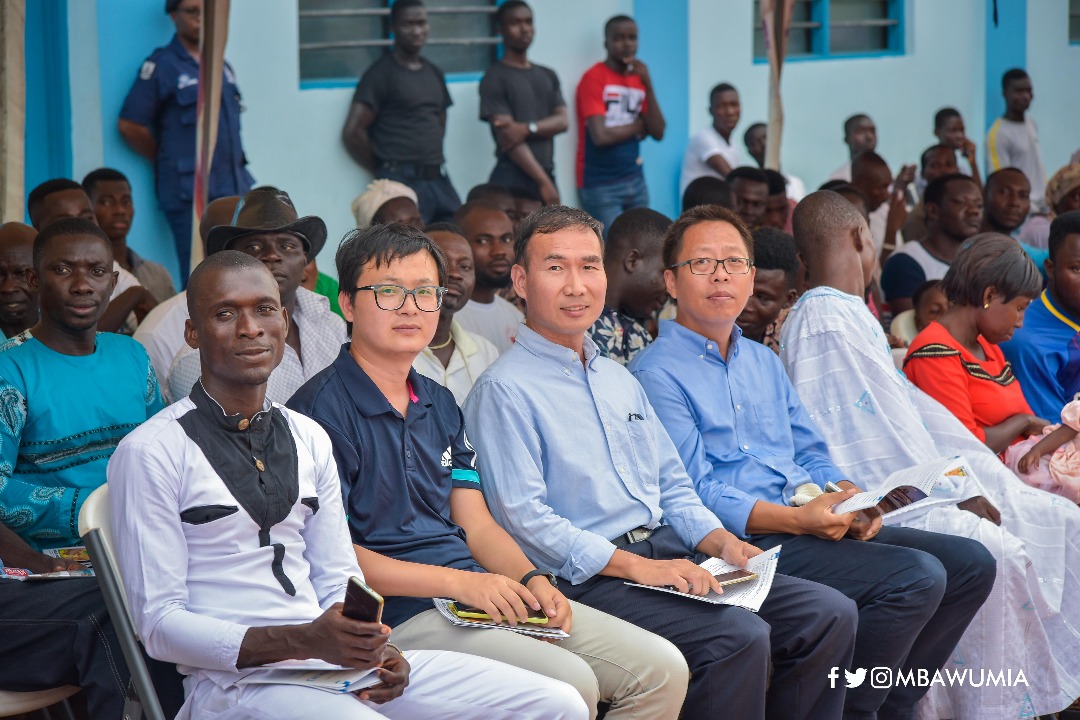 He finally called for the need for peaceful co-existence to promote development and culture. “we as citizens must come together, ask how we can contribute to the development of our  communities, become leaders in our own way, and help set out various developmental programmes to improve the lives of their communities” he noted. 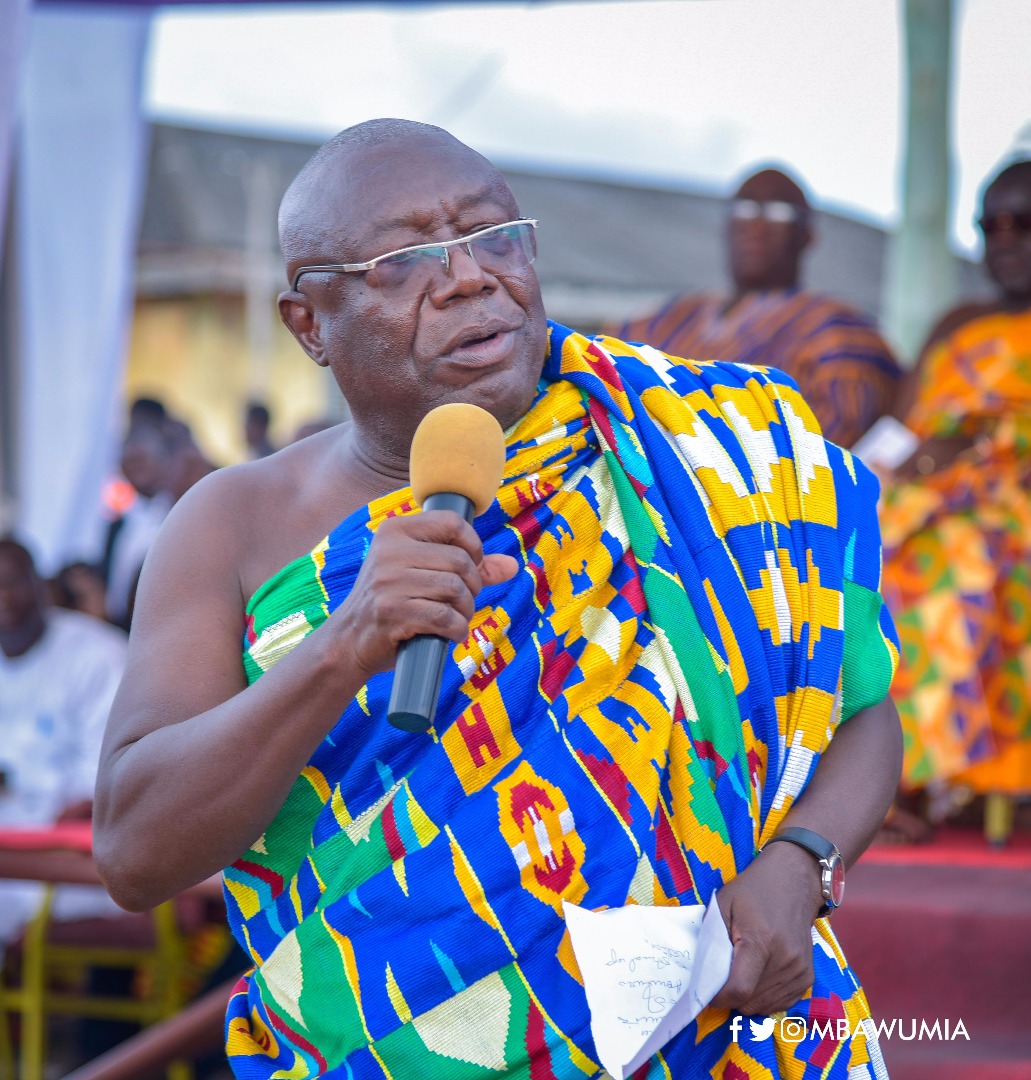 On his part, the paramount chief of the traditional area, Awulae Amihere Kpanyili III, used the occasion to thank  the Nana Addo Dankwa Akufo-Addo’s government  for the good programmes and policies they have outlined to help the masses, particularly the poor in society. “We would like to thank you for the introduction of Free SHS and NaBCo to help parents across the country especially those in rural areas, Mr. Vice President, your government always keep promises and when you pledge, you fulfil. We thank you”, he added. 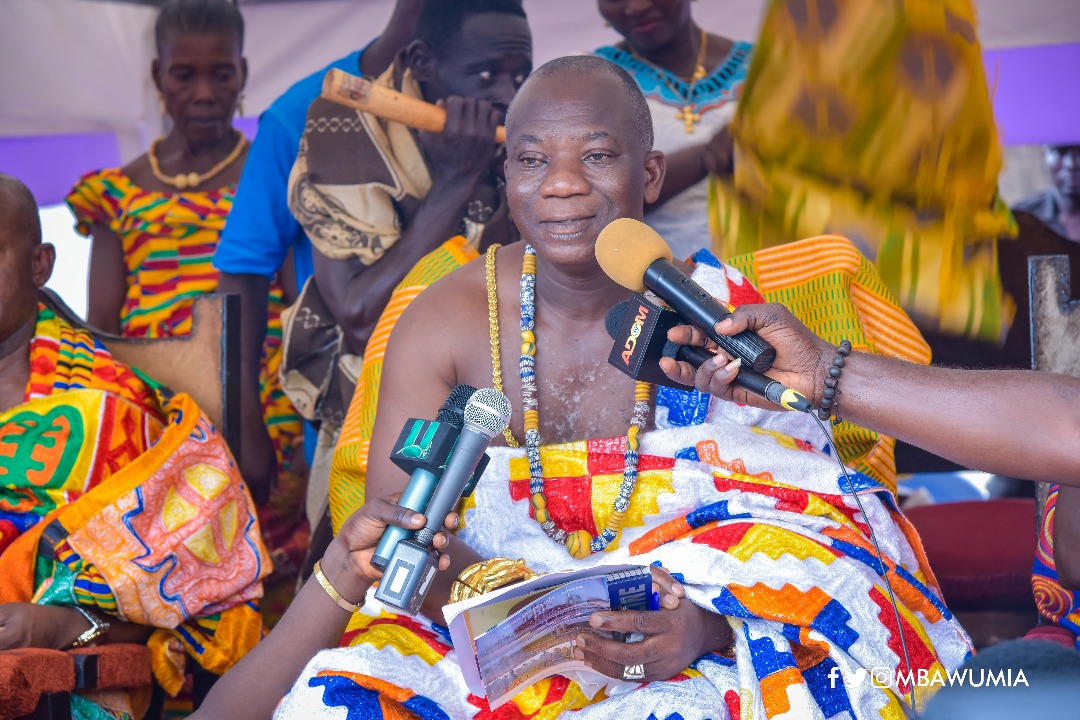 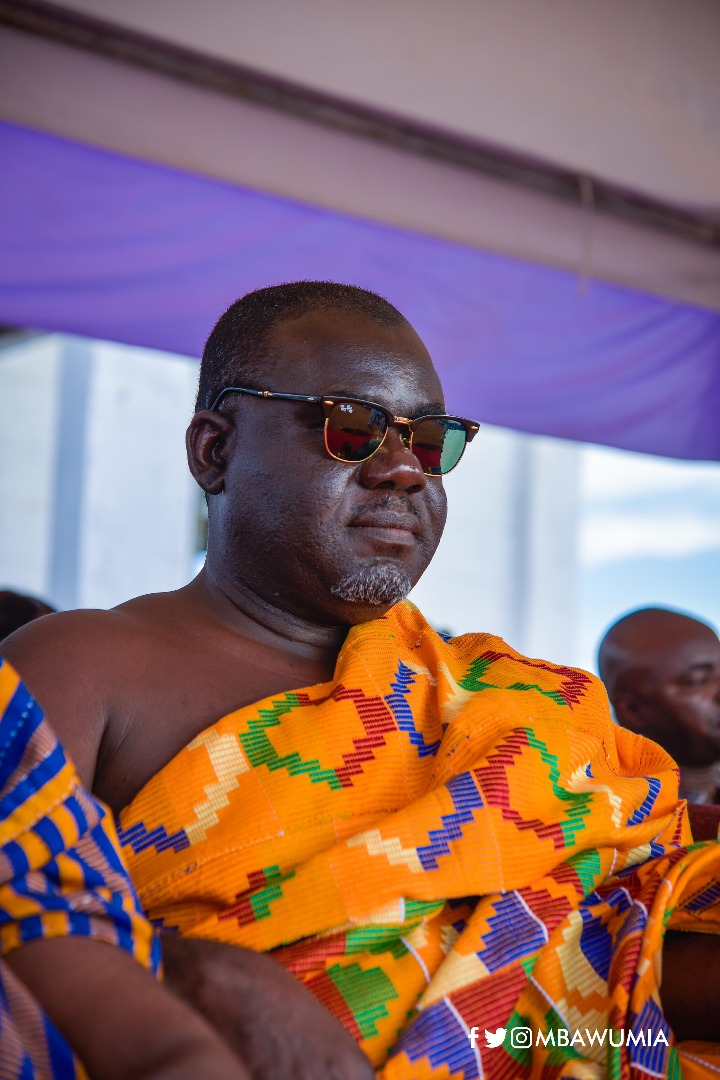