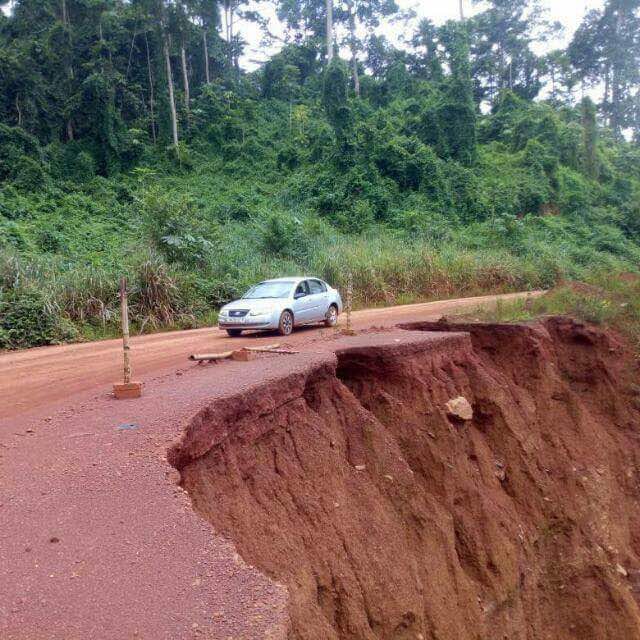 Roads in the Bia East and West constituencies of the Western region are becoming death traps as they keep deteriorating on daily basis and being further exacerbated by the rains.

Residents in the area are disturbed about the issue and have sent a distress call to president Akufo-Addo and his government to take urgent steps to fix the roads.

They are afraid a big disaster may occur sooner than later, given the fast and rapid speed at which most of the roads are depreciating.

The residents are angry that the erstwhile National Democratic Congress (NDC) administration has painted a very positive picture about the road networks in the area, whereas the exact opposite is the situation.

One resident who spoke to BestNewsGH.com’s Western Regional Correspondent, Ofosu Banahene said the erstwhile John Dramani Mahama led administration had promised to fix the roads and even claimed that most of them had been done, particularly in the Cocoa growing areas or what has become known as the Cocoa roads.

The argue for example that the road from Benkyemaah Barrier to the Bia zone is in a very bad state and requires immediate action by the authorities, adding that the sayerano to eliokrom road around the SS forest also needs urgent attention.

The resident he explained said they are very anxious and are on a daily basis piling up pressure on political leaders in the area to help urgently rehabilitate the roads as they fear they may be cut off from the rest of the region should the rapid deterioration of the roads continue.