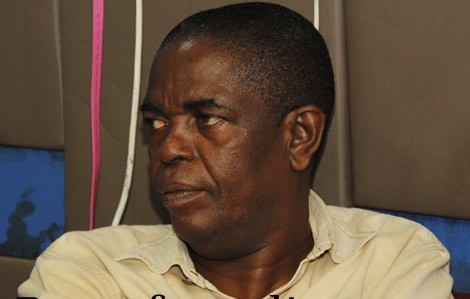 In the view of the veteran journalist, communicators of both the ruling New Patriotic Party(NPP) and the opposition National Democratic Congress (NDC) engages in foolish and useless arguments that does not provide any pragmatic solutions to the continuous depreciation of the cedi.

Speaking Saturday on Accra based Radio Gold’s political talkshow Alhaji and Alhaji and monitored by BestNewsGH.Com, Mr. Kwesi pratt Junior urged the two major political parties in the country to desist from playing games with economic issues that directly affect businesses of the trading community and the general public who suffers whenever there is loss in the value of the cedi.

He described the “fight” between the NPP and the NDC over who is the better manager of the economy with respect to the handling of the cedi depreciation as absolute nonsense.

It is selling for ¢5 on the black market.

The decline has resulted in a drop of 6.9 per cent this year, more than the cumulative depreciation of 4.7 per cent for the whole of 2017.

Social media has been buzzing with the decline of the cedi and the communicators of the Opposition NDC have been ridiculing the Vice-President Dr Mahamudu Bawumia who is head of the government’s economic management team mounting pressure on him to explain the decline to Ghanaians.

Videos of his famous statement “when you do propaganda with the cedi, the exchange rate will expose you,” are currently trending on social media.

Communicators of the ruling government have defended government’s handling of the cedi, insisting it has never been better in the last eight years.

But Mr. Pratt said both parties are throwing dust into the eyes of Ghanaians and that they must stop.

“This currency over a period of 30 years has been devalued by 30, 000 percent, therefore the way forward does not lay in the useless argument by political parties. NDC people come and they tell us that the rate of devaluation now is unprecedented or they say the cedi has reached all time high of 5 cedi to 1 dollar, then the NPP people come to say during the NDC era the cedi depreciated by 20 percent, in our time it is only 10 percent so its okay, this is a foolish argument”. Mr. Pratt fumed.

He said the local currency was racing like Jamaican runner and Olympic legend, Usain Bolt to the ground and that everybody ought to be concerned.