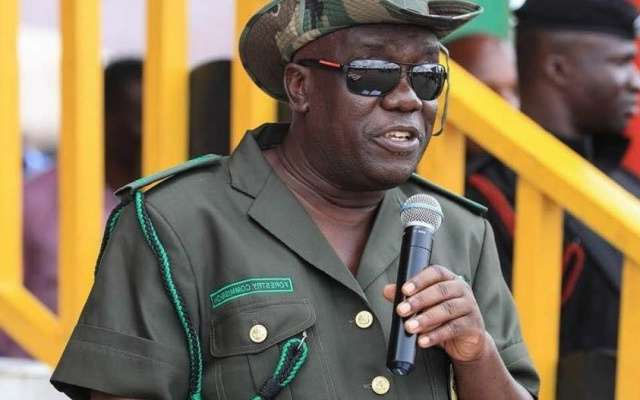 These came to light when the Chief Executive Officer of the Forestry Commission, Mr. Kwadwo Owusu Afriyie accompanied by the Lands and Natural Resources Minister Kwaku Asomah-Cheremeh visited the region in search of firsthand information on the progress of work of the task force and to encourage them to continue to work hard in the interest of the nation, with the sole aim of stamping out illegal chainsaw operators in the country.

In an interaction with the media on the sidelines of the tour, Mr. Owusu Afriyie said a court order would be sought to auction the seized processed wood, including what was loaded on trucks which were intercepted along the Kumasi-Accra road.

He said the commission was also waiting for financial clearance from the Ministry of Finance to employ between 500 and 1,000 trained forest guards to help protect the forests.

The Minister of Lands and Natural Resources, Mr Kwaku Asomah-Cheremeh, bemoaned the fast rate at which the nation’s forests were being depleted and called for collaborative efforts by all stakeholders to address the situation.

He observed that for the illegal operators to be able to install various machines in the forest to process wood without the knowledge of the indigenes meant that there were some unseen hands protecting them.

The Omanhene of the Sefwi Wiaso Traditional Area, Katakyie Nana Kwasi Buman Kama Bedietuo II, said if the menace of illegal chainsaw operations was not tackled vigorously, the forests would be depleted in the next two years.