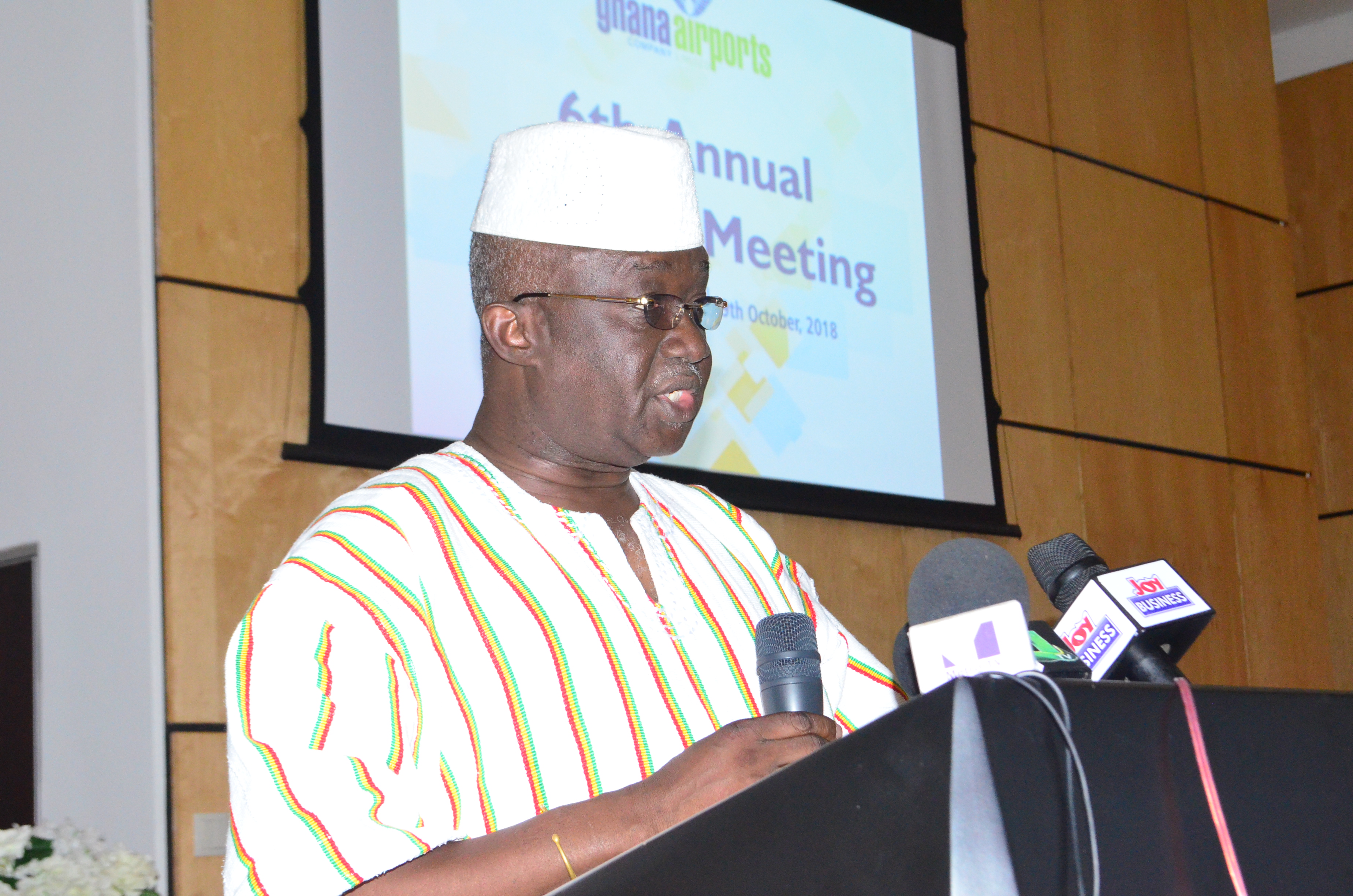 Government will by December this year open up the aviation space and strengthen internal flights by licensing 3 more airlines which have applied to fly domestically.

Aviation Minister, Joseph Kofi Addah speaking at the 6th Annual General Meeting of the Ghana Airports Company Limited (GACL) said the plan is to maximize and operationalize the Wa and Ho airports, adding that the airlines would want to first of all see the viability and profitability of plying those routes before they decide on coming on board.

According to him, the new airlines will commence operations by December this year to compliment Africa World Airlines and the recently commissioned passion airlines.

He also announced the plans to construct the West/Central Airport between the Western and Central Regions and one in the Upper East Region in order to open those regions for economic growth and job creation.

‘’The Ministry is moving aggressively to ensure that the West/Central Airport between the Central and Western Region as well as the Upper East Region all have airports’’ he said.

The Minister said the prospects of the aviation industry places a huge responsibility on government to ensure that appropriate strategies and policies are adopted to develop the sector.

He said the overall plan is to assist the president, Nana Addo Dankwa Akufo-Addo achieve his vision of promoting and advancing the frontiers of the aviation industry in Ghana.

‘’Government is poised to build the most business friendly and people friendly economy in Africa’’ he added.