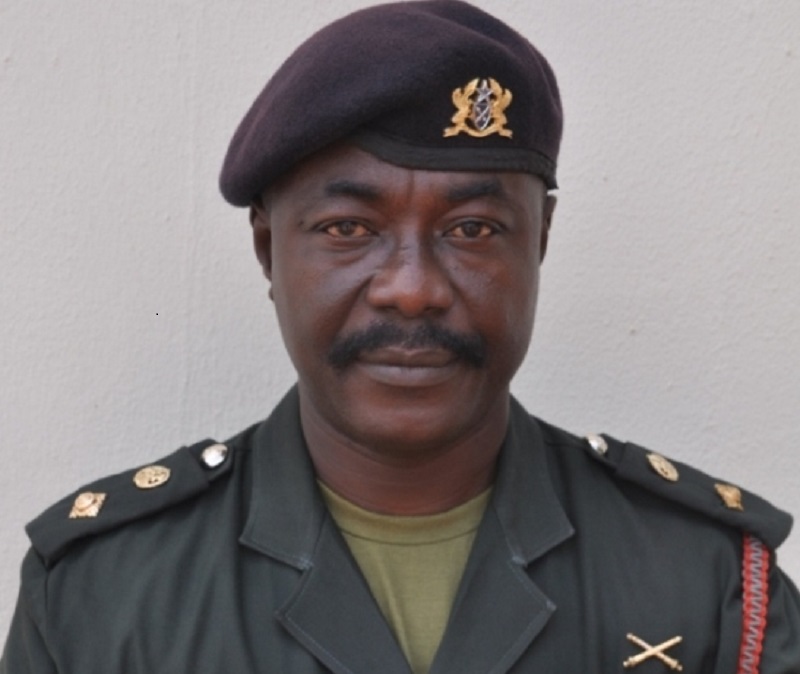 The Ghana Armed Forces (GAF) has denied sending its men to clear members of the De-Eye Group from the Osu Castle, following the premiere of a documentary tilted “Militia in the heart of the Nation” by Accra based Joy Fm and its investigative reporter, Manasseh Azure Awuni.

A press release issued by the GAF and signed by the Director of Public Relations, Colonel E. Aggrey Quashie read in part that ‘’GAF wishes to state categorically that it has not deployed any soldier to the Osu Castle for the stated purpose . Indeed no soldier has been assigned to follow any official to the former seat of government for such an activity. This allegation is completely false’’.

The GAF statement comes on the back of media reports yesterday Friday March 8 2019, that it has dispatched men to the Osu Castle to ensure the evacuation of the group from the facility which was described in the documentary as a security zone and the presidency annex, assertions the Information Minister, Kojo Oppong Nkrumah has since denied.

Read the GAF statement below. 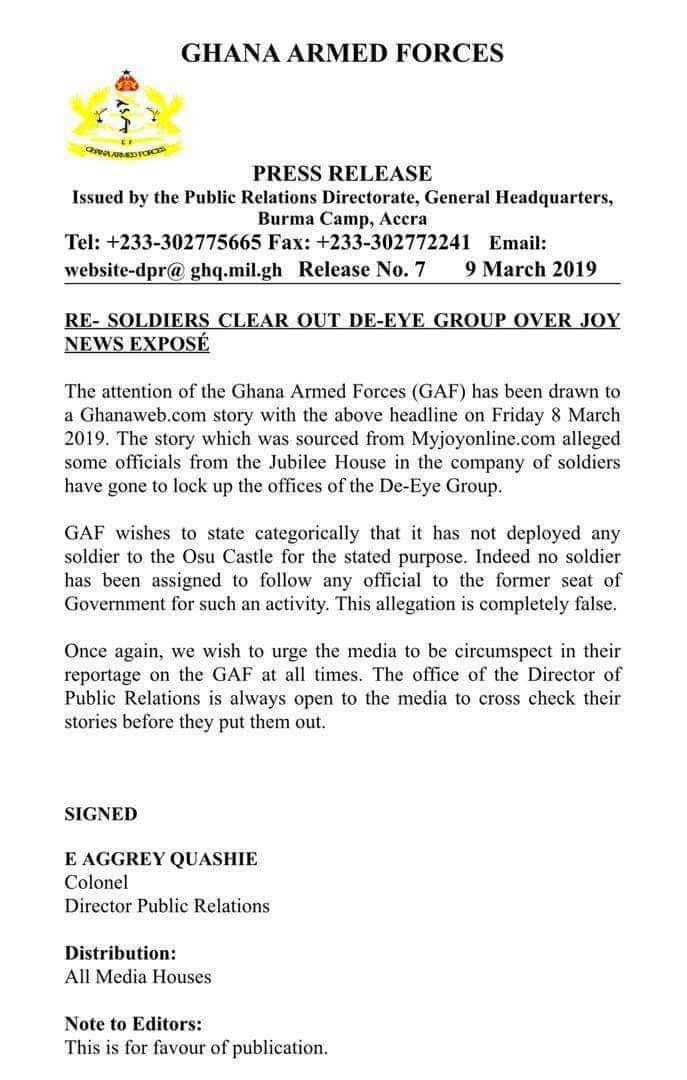