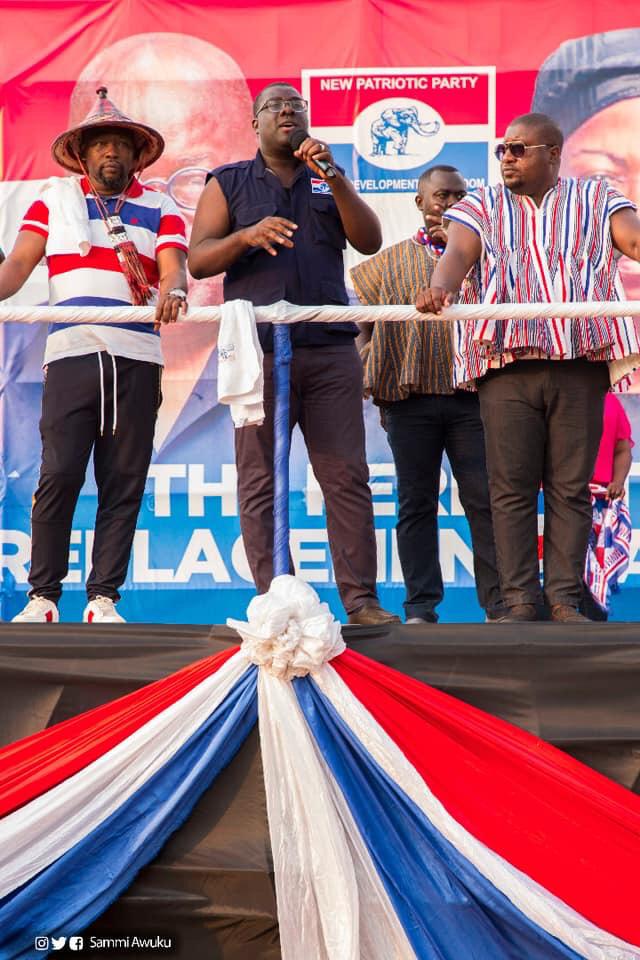 The National Organiser of the ruling New Patriotic Party (NPP) Sammi Awuku says the party is going into the 2020 elections as though the it in opposition.

According to him, the party is not going to bask in the glory of the massive win it had in the 2016 elections in which it beat the opposition National Democratic Congress (NDC) with over one million votes.

He said the party is not leaving any room and space for complacency and will prosecute the 2020 electioneering campaign as though it was the underdog.

Mr. Awuku who was speaking on Accra based Asempa Fm during the final rally of the NPP in the Ayawso West wuogon Constituency said the party has prosecuted a solid campaign and expects a massive win for the Party’s candidate in the 31st January, 2019 parliamentary by-election.

‘’For us in the NPP, we have prosecuted a very formidable campaign. For me as the National Organiser we’ve led the charge in the 11 eleven electoral areas that we have mapped out, down to the 137 polling stations we’re working with. Anyone going into this election should be counting your figures by now in terms of voter contacts you have established, those that are coming to vote for you and so on’’ he said.

He also took a swipe at the NDC candidate for the election, Delali Kwasi Brempong who recently posited that NPP made a mistake by putting forth a woman to contest him, saying their candidate, Lydia Seyram Alhassan was no match for him.

But reacting to the pronouncement by the NDC candidate, Mr. Awuku said it was unfortunate Mr. Brempong had no message to offer the electorate but to resort to debasing womanhood.

He called for massive support for the NPP candidate to enable her continue with the legacy of the late Member of Parliament for the constituency, Emmanuel Kyeremanteng Agyarko who passed on in the United States of America where he was undergoing treatment at a health facility.